Not a moment’s respite in the match between Bela and Sanyo against Paquito and Dinenno, who took the number two pairing of the tournament, where there was a back and forth of breaks throughout the match.

Four players who had never faced each other before in the women’s final. Gemma and Alejandra started with a break and were strong in the first set. Pati and Virginia, answered in the second set making a stronger paddle, forcing a third set which was lost at the gates of a golden point of 5-4.

However, they surprised by grabbing the match at the last moment and snatching the title from the world number ones. Pati and Virginia winning their first final. 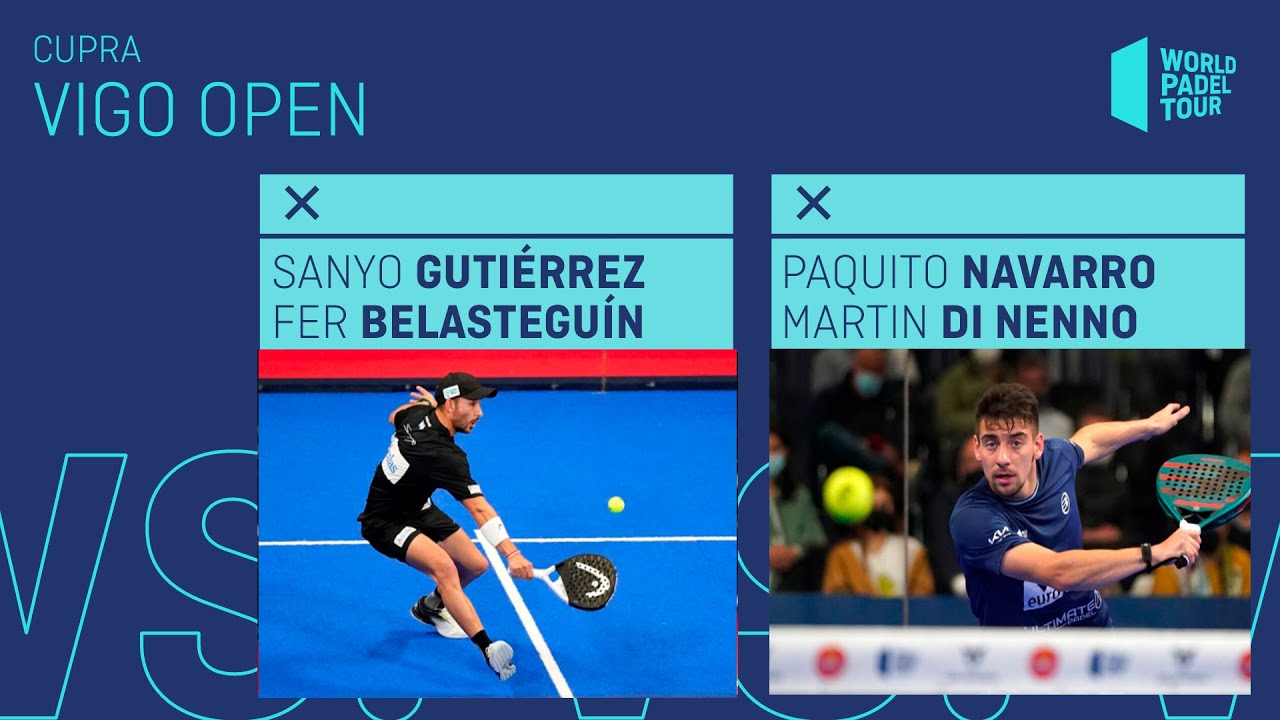 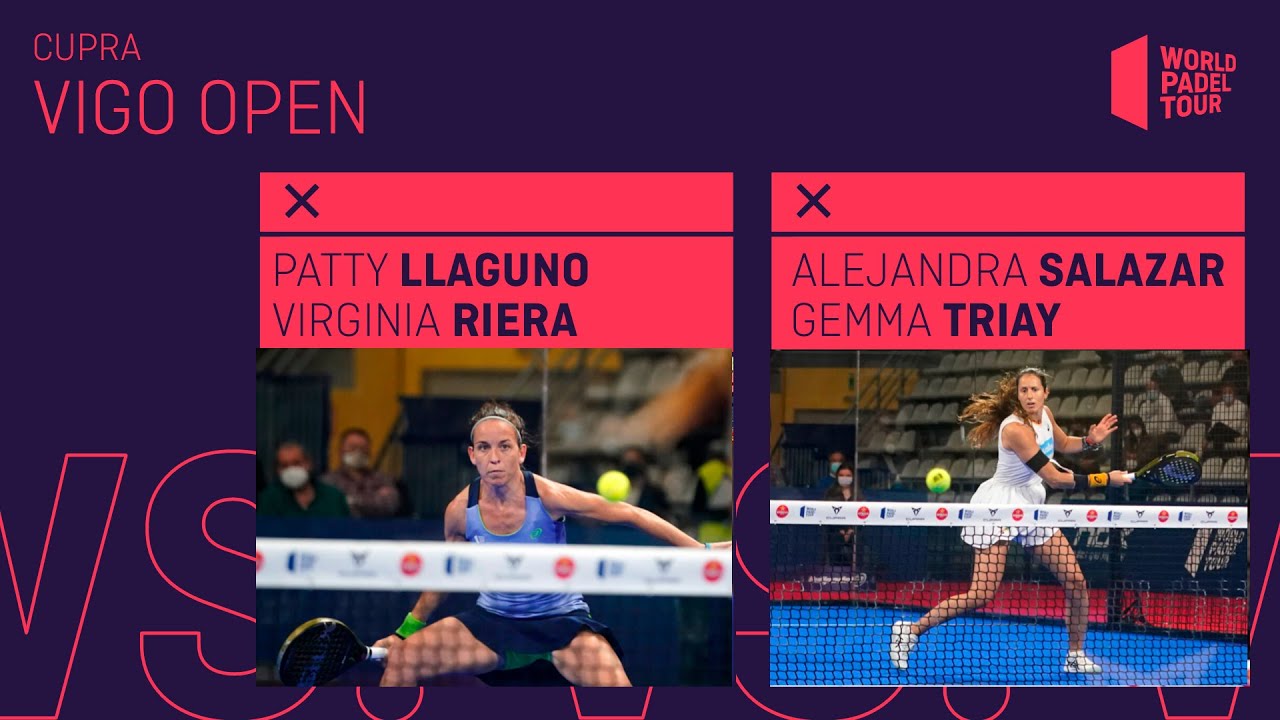 On one side we have the pairings of Bela and Sanyo, living history of padel and a couple that comes to take it all in this tournament. The match started off dominated by the veteran pairing, who pulled their opponents by the ears. They knew how to grasp the pull and got into the match 100%.

So much so that they took the set. In the second, after a fierce fight, Bela and Sanyo forced the third set in which they made the first break, crumbling the opposing couple and taking the last set with their pass to the finals.

On the other hand we have a face to face between two former partners. The match started the way Galan and Lebron like it. The other pairing held on to the balls that came their way and in fact they took the first set. However, Paquito and Martin found a way to hurt Galan and Lebron and took the second set 6-3.

In the third set, the level of padel went through the roof, with neither pairing dropping their set without winning. In the end, Dinenno and Navarro took the match with a cool head and knowing how to face Galan and Lebron.

On the women’s side, we have first Aranza Osoro and Victoria Iglesia in their second semi-final and then Pati Llaguno and Virginia Riera playing their first semi-final. Everything started off very evenly matched, but Pati and Virginia were more accurate in the key points and little by little they got stronger until the point that they took the first set 6-1.

The whole match was in the hands of Victoria and Aranza who couldn’t win those points. Pati and Virginia, go to their first final as a couple.

In the last match, we have the world number one (Alejandra Salazar and Semma Triay) against a young duo (Delfi Brea and Tamara Icardo) that has proven to be at the highest level of the Cupra Vigo Open World Padel Tour circuit. Ale and Gemma’s experience and quality prevailed from the start.

They closed the first set in 30 minutes with a 6-1 and the second without errors by Ale and Gemma left Delfi and Tami 6-0. 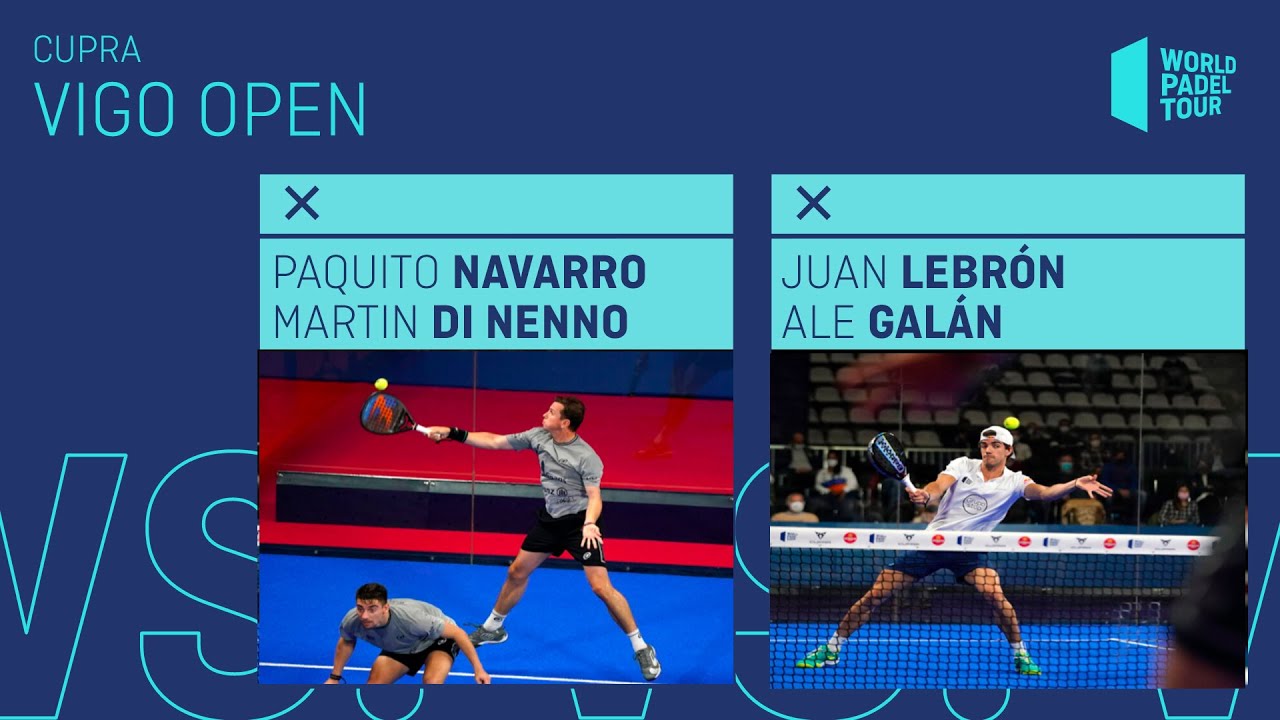 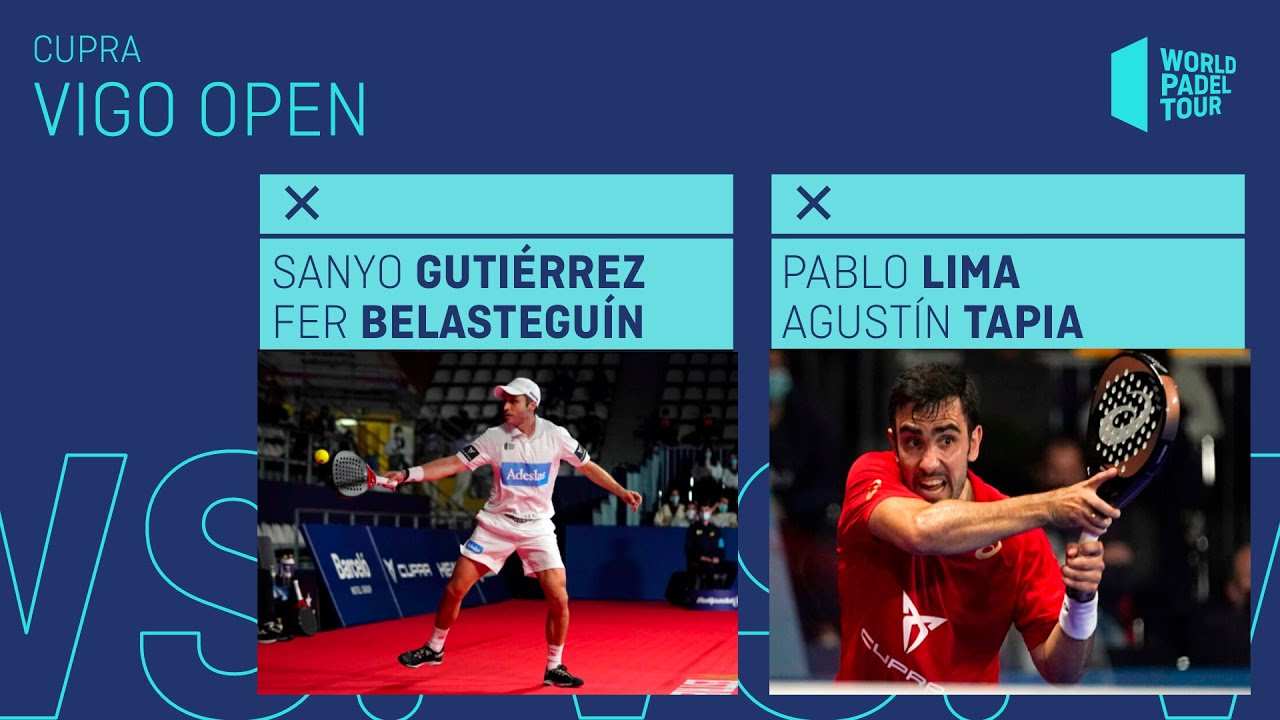 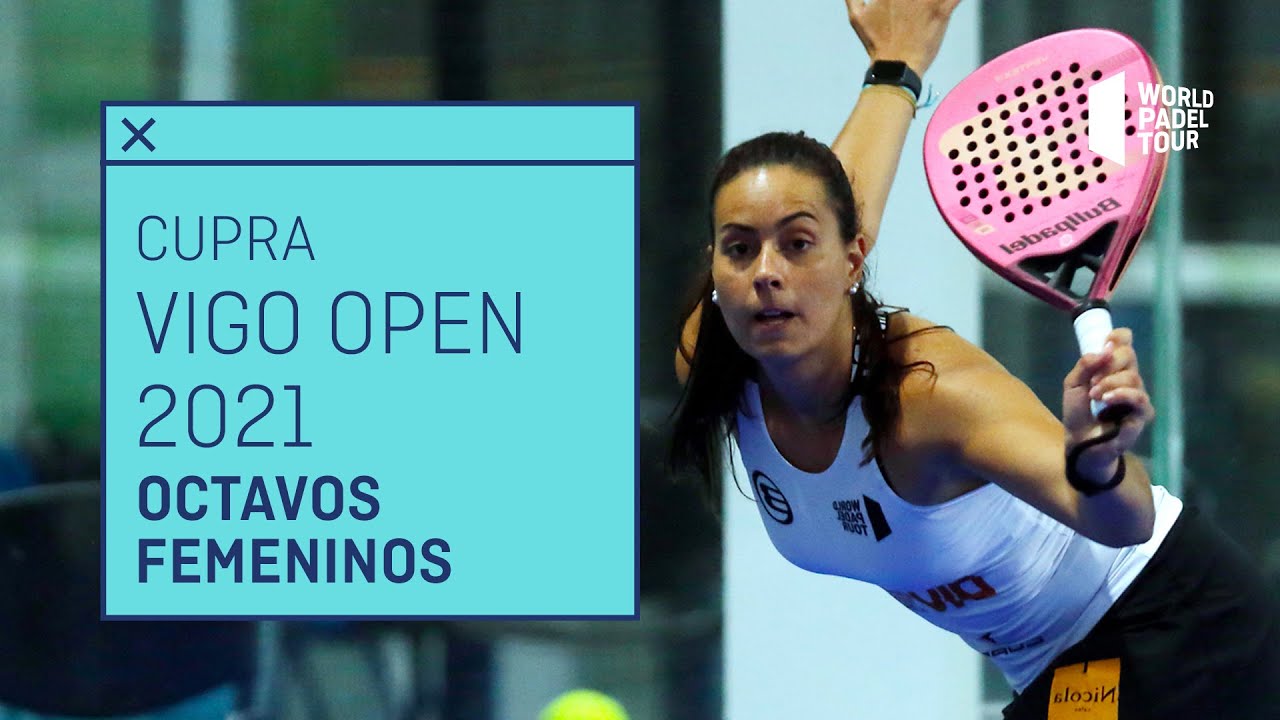 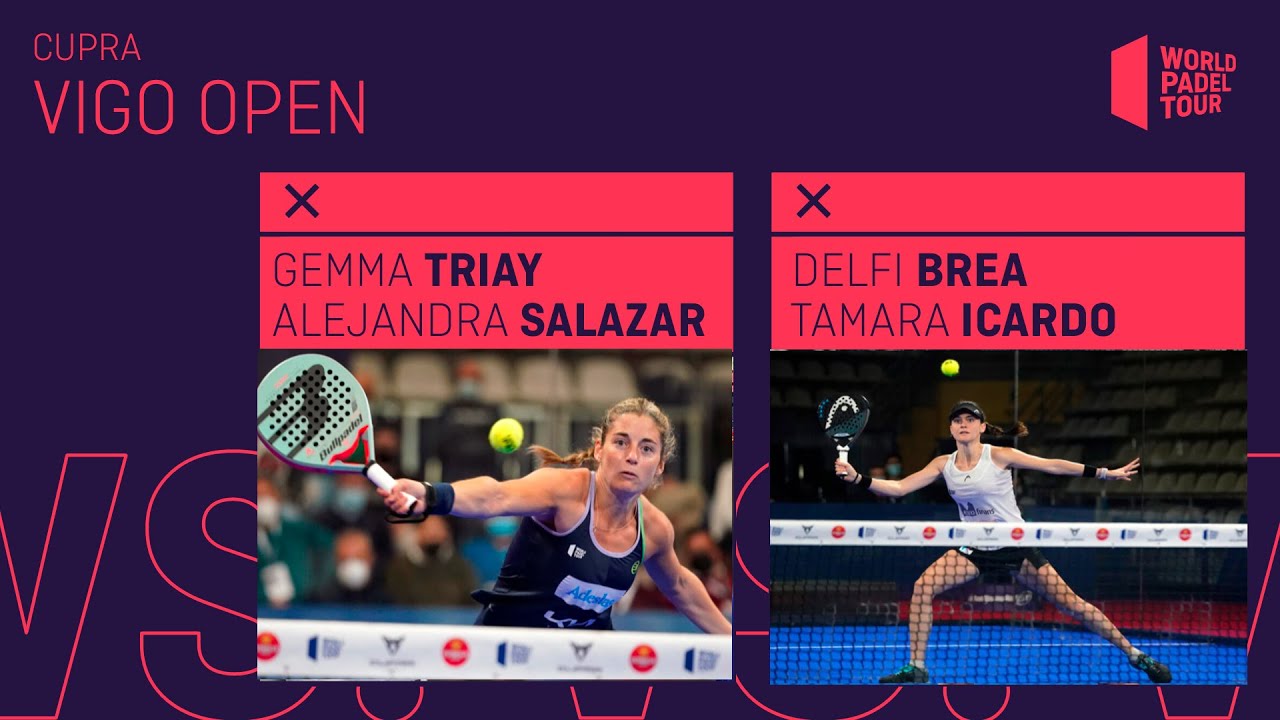 Galan and Lebron didn’t leave Moyano and Rico any chances in their first quarter either. The match was a back and forth of shots that were answered with another cannon shot. A match to enjoy.

]Maxi and Capra reached their first quarter finals against the most feared couple of the circuit, Bela and Sanyo, who didn’t have it easy and as usual they started from less to more, taking the match and their pass to the semifinals.

Tapia and Lima, the number three pairing of the WPT faced the number one of the Race. Franco and Alex Ruiz, who are working the best this season, a match that started very evenly but Tapia and Lima took it in the second set.

Leal and Semmler are the players who started in the qualifiers and reached the quarter finals against Paquito and Dinneno. The match went in favour of the experienced Paquito and Dinnenno who dominated from the beginning, taking their pass to the semifinals in 2 sets.

Galan and Lebron gave Moyano and Rico no chance in their first quarters either. The match was a back and forth of shots that were answered with another cannon shot. A match to enjoy. 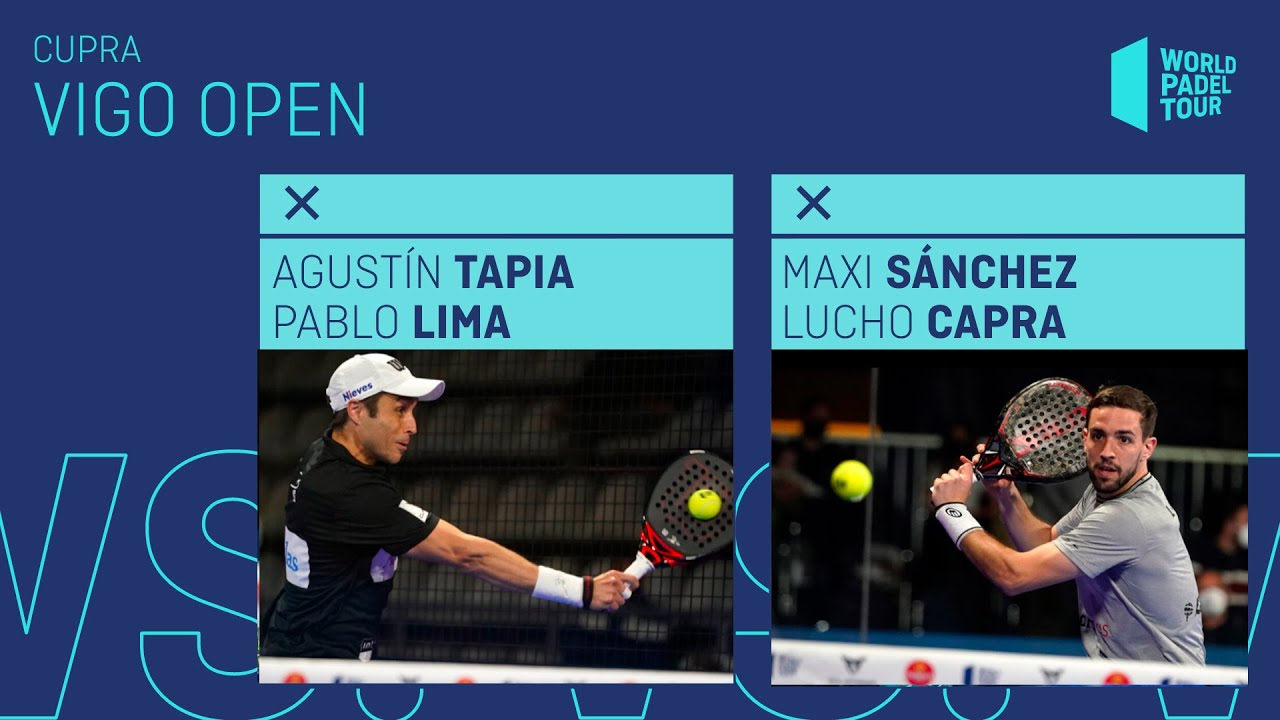 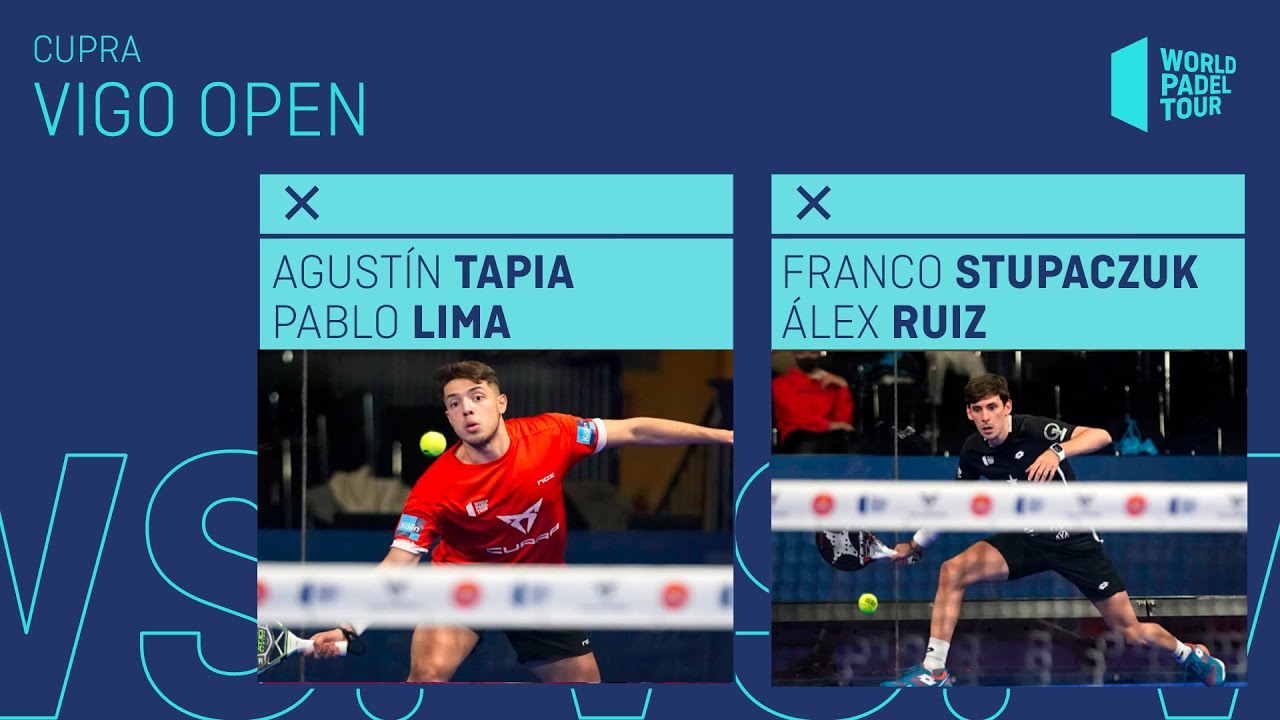 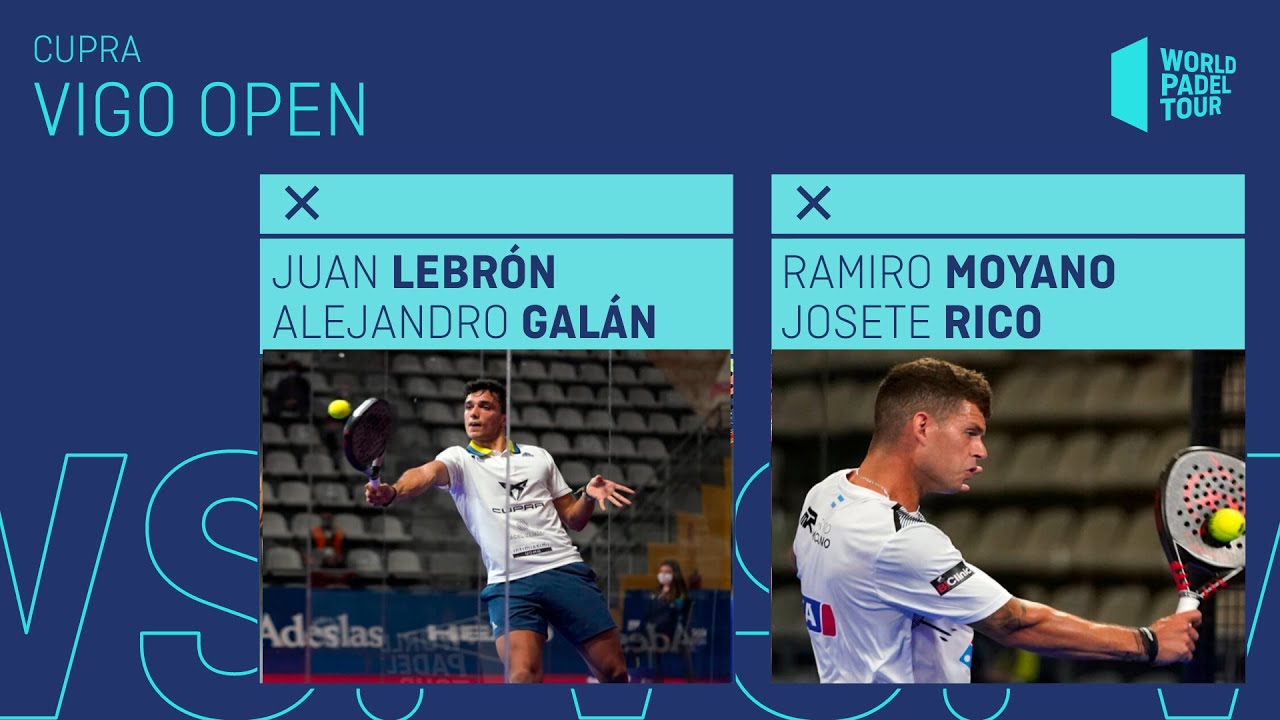 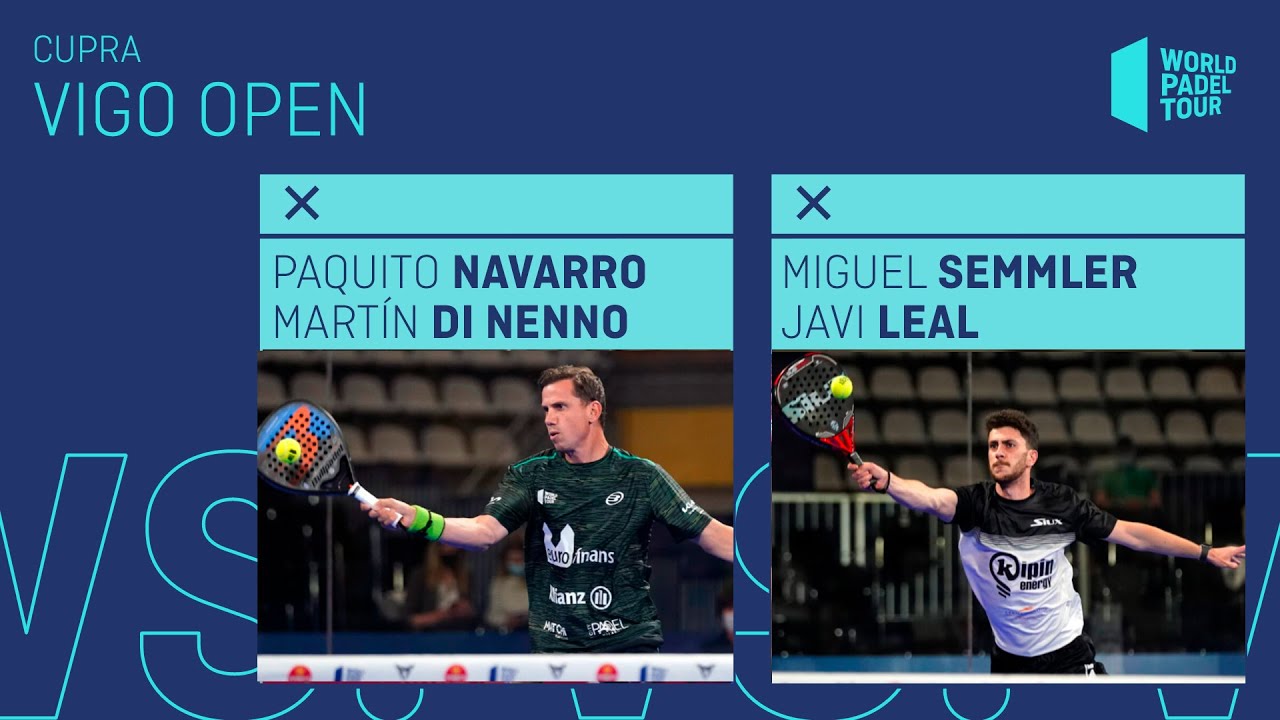 Eli and Sofia, were knocked out by Osoro and Iglesias in a great match, where the Vikings turned the score around in the second set, not letting Eli and Sofi answer since they took the first set.

A great match in the second game where the first pairing of the Cupra Vigo Open WPT faced the atomic twins. Gemma and Alejanda left out the Alayeto girls in a very even match, playing errorless and exciting padel that didn’t make it easy for anyone.

Delfi and Tami left out the Martas in another match that nobody gave up on. Marrero and Ortega took the lead from the start, but Tamara and Delfi managed to come back from 5-1 down in the second set.

Bea and Lucia stay in the quarter finals after losing the match against Llaguno and Riera who took the pass to the semifinals in two sets. 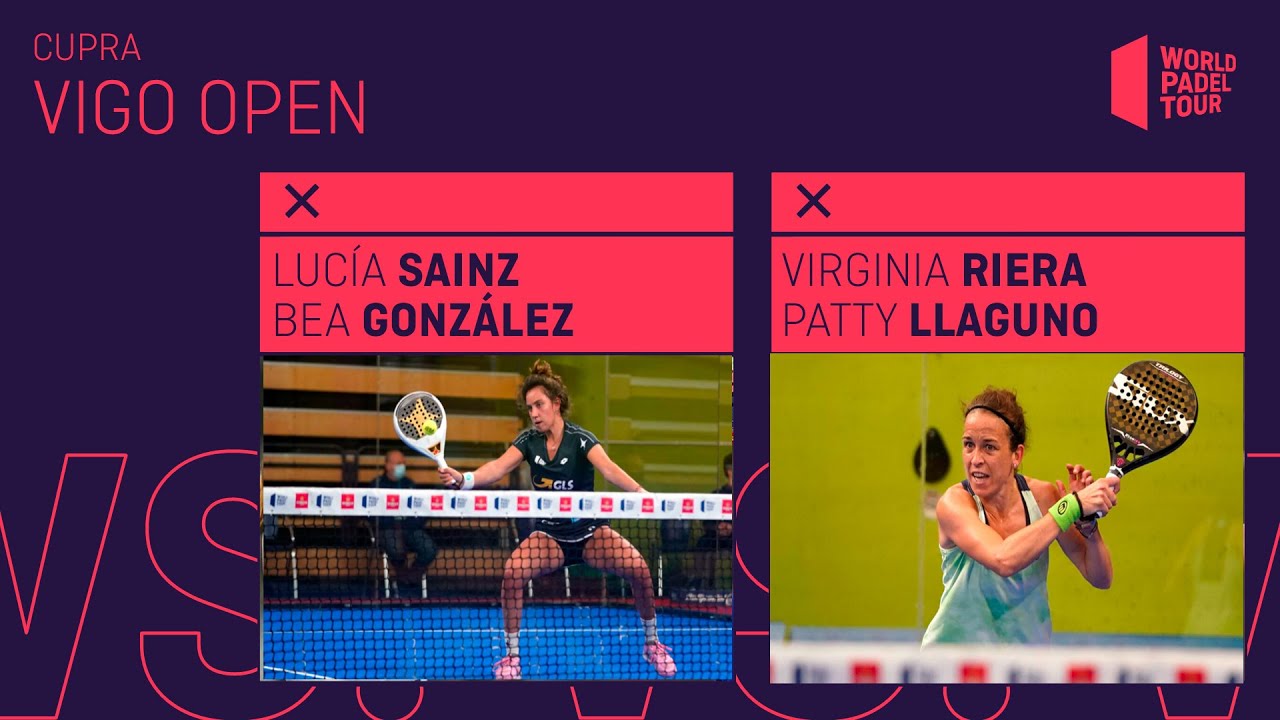 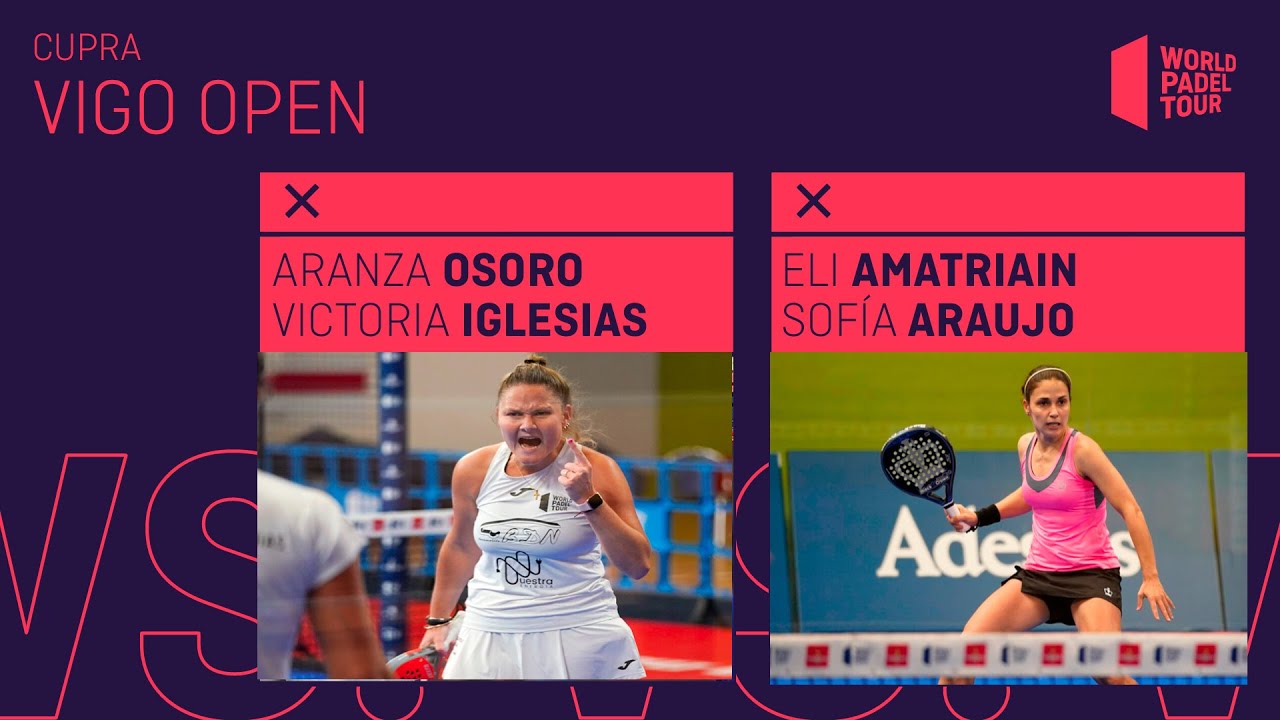 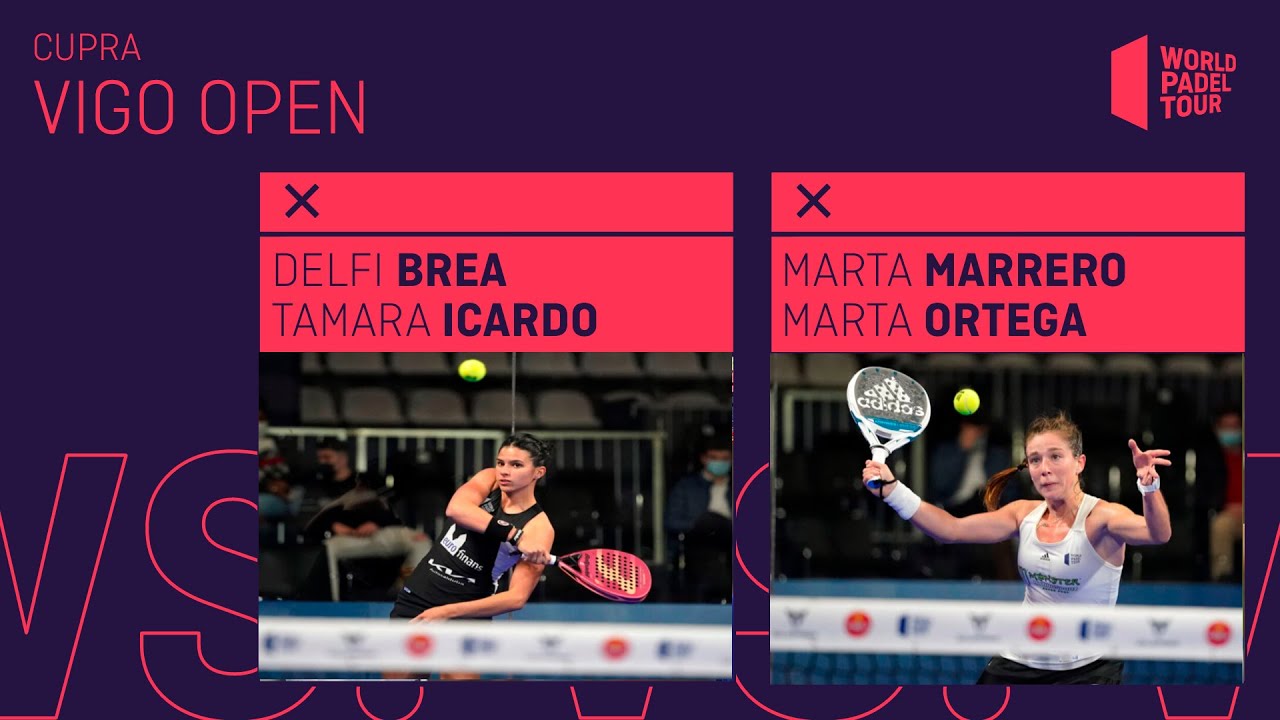 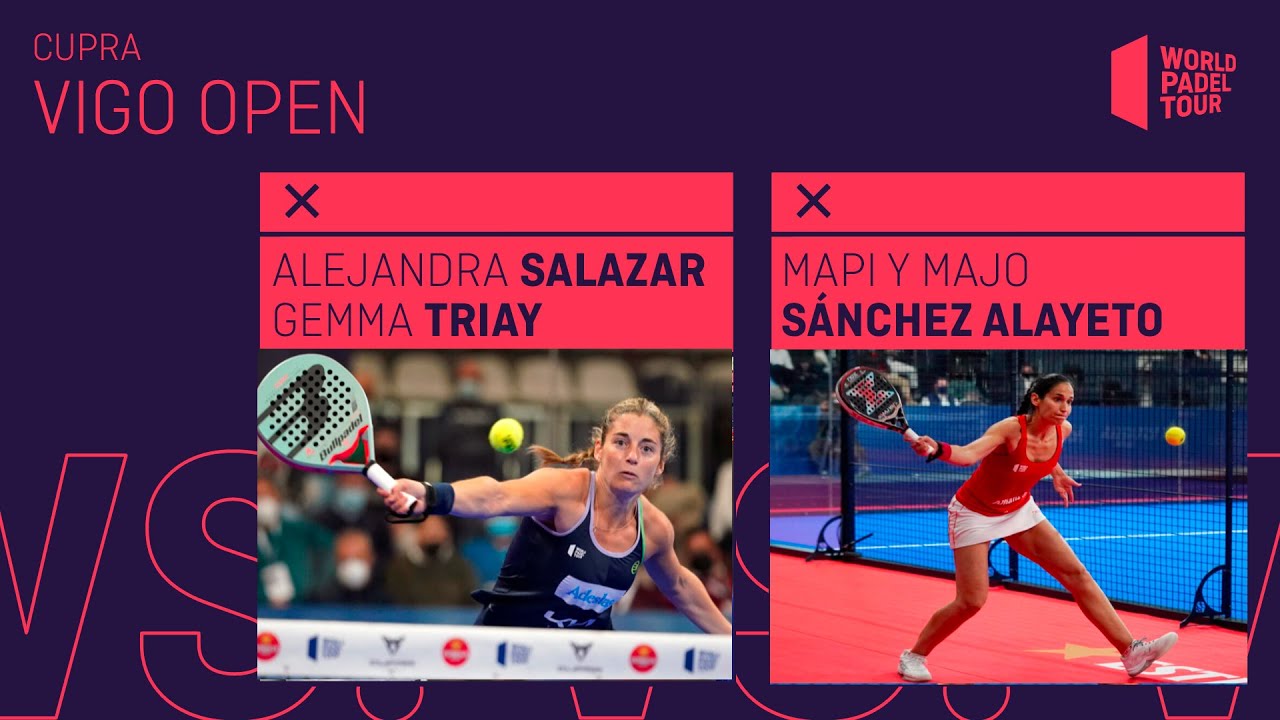 Ruiz and Botello were left behind after facing the newcomers, Moyano and Jose Rico in a match that started off very evenly matched, but ended with the better pairing going through to the quarter finals.

In just 15 minutes the Andalusian and the Argentine settled the first set with a resounding 6-1 and destroyed psychologically in the second with a break almost at the beginning.

An unprecedented match, two first time pairings in this Vigo open, ended with Javier Leal and Miguel Semmler in the quarter finals after a long match. A revelation couple in this open.

Another seeded couple, who played against a couple that is trying to stand out, and that is causing very good sensations. Very long points and very worked. Neither pairing gave anything away, until Lima and Tapia took a break in the fourth game.

On centre court, we had the number one pairing of the Race, Franco Stupaczuk and Alex Ruiz who are back for their third consecutive quarter finals and were facing one of the youngest pairings this year. Ruiz and Stupaczuk went through to the quarter finals with a resounding 6-0 6-4.

Mapi and Majo landed against Cata Tenorio and Julieta Bidahorria in a match that was won by the atomic girls who left the Argentine pairing with no chance with their usual power game.

The world number ones, Gemma Triay and Alendra Salazar, took to the court against a duo of Vero Virseda and Lucia Martinez. The first set was hard fought, to the point that it was almost won by the players from Toledo and Granada.

In the second set, Gemma and Alejandra put their batteries and started the machine and made a paddle without failures that left the result of the second set in 6-2.

Delfi and Tamara, meanwhile, also swept the Spanish-French pairing with an uncontested 6-0 and 6-2 and will fight to reach the semifinals.

For their part, Marta Marrero and Marta Ortega, got ahead of Alba Galán and MªCarmen Villalba in a match that the Martas would try to take as they are having a tough start to the season.

In the end, they showed the padel they are used to after a break from Villalba and Galan. The second set was completely dominated by Marrero and Ortega.

Pati and Virginia, added on every mistake made by their rivals Lorena and Marta. In less than 30 minutes they had the score 6-1 and in less than an hour they finished with their rivals in the second set 6-0.

Bea and Lucia for their part came out firmly to the track, which only left their rivals Araceli and Sandra, the first game, winning all the others. Leaving 6-1 6-2 to their opponents.

Aranza Osoro and Victoria Iglesias, one of the couples that are emerging. They face a couple that is released in the Cupra Open Ariadna Sanchez and Paula Jose Maria. The match started with Aria and Paula dominating, but in the end they lost the first set after Victoria and Aranza got into their stride. With a devilish speed, this year’s giant-killers took the set.

Eli Amatriaín and Sofía Araujo took their place in the quarter finals for the first time this year after facing a pairing destined for higher levels in the tournament, Raquel Piltcher and Esther Carnicero in a match that didn’t make it easy for either pairing. They were leading break after break. 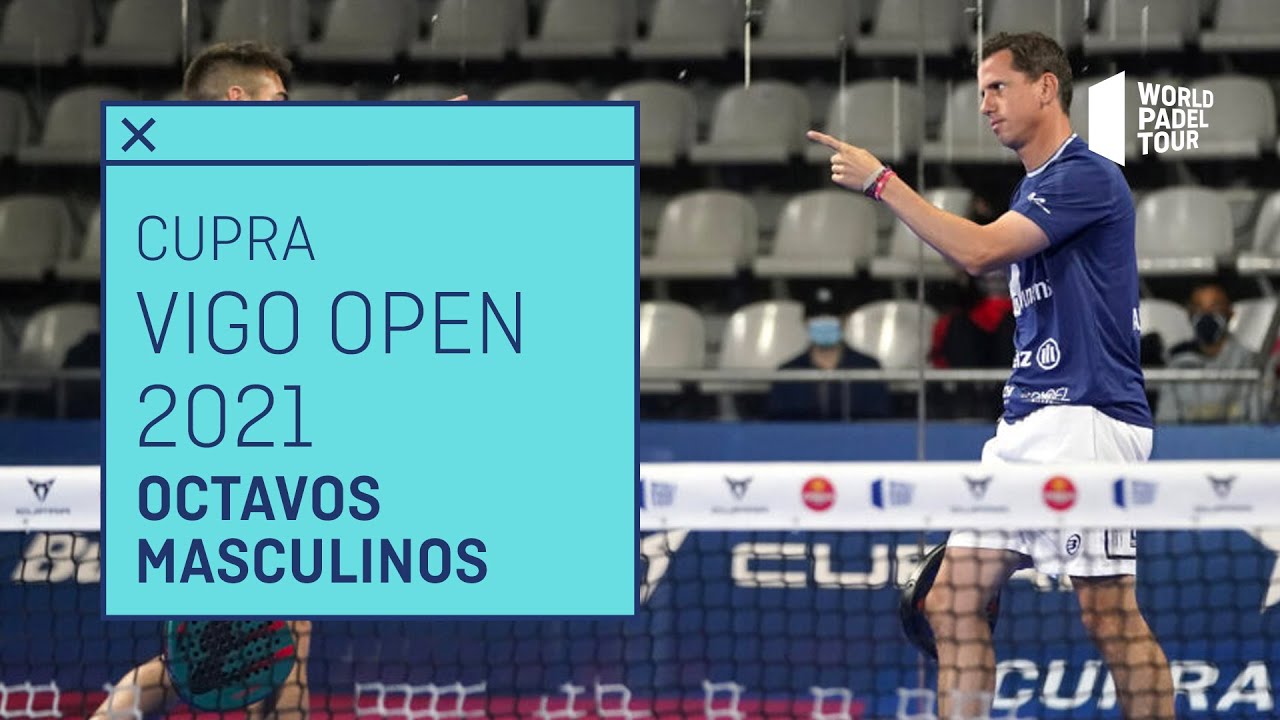 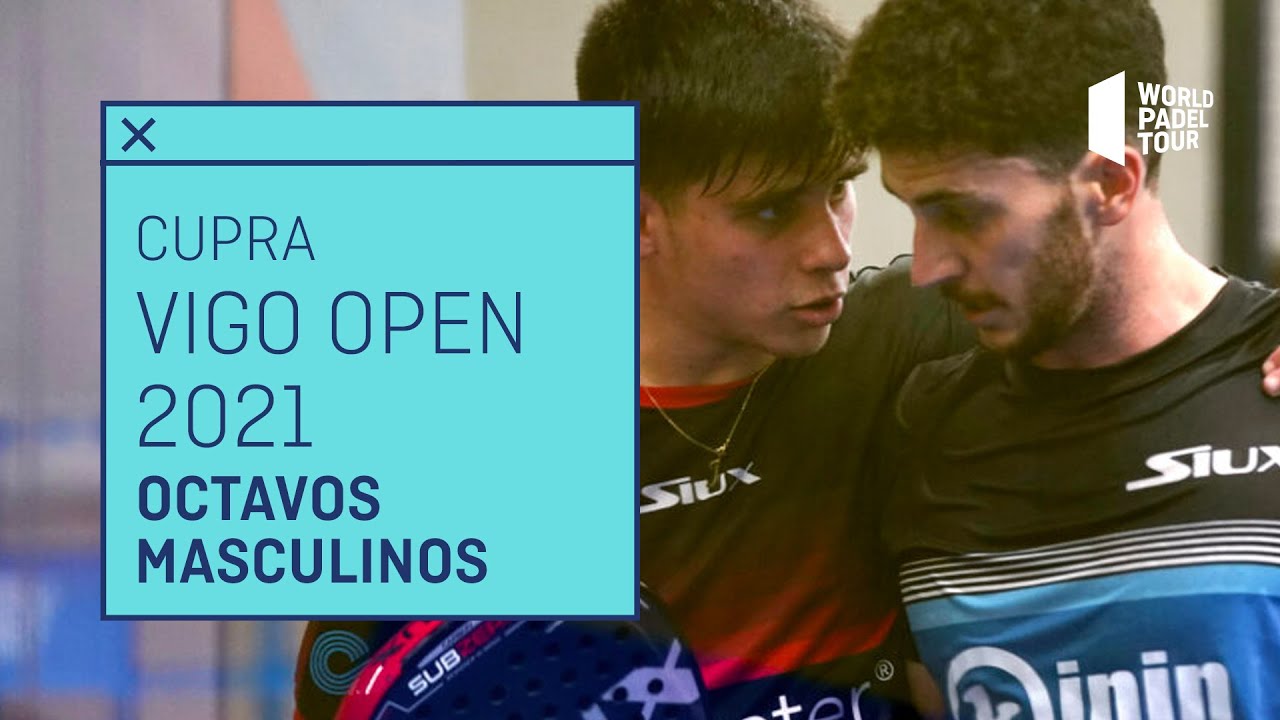 A great match from Uri and Javier who eliminated Lamperti and Coello in the last sixteen. A great pairing but they haven’t got off to a great start.

Silingo and Mati are eliminated against Leal and Semmler. A pairing that are ranked around 100 in the WPT and are aiming to be the revelation in Vigo.

Allemandi and Lijo Santos leave out Mieres and Cepero in a very even match. It seems that after the start Allemandi has had Allemandi is coming back although he’s up against a bull in the quarter finals. Di Nenno and Paquito.

Incredible Bargamini and Campagnolo who jump into the quarters without a doubt. Although they are up against the terrifying pairing. Fernando Belasteguin ‘Bela’ and Carlos Daniel Gutierrez ‘Sanyo’.

The Alayeto sisters begin again their journey with the circuit and promise not to let it easy as they forgave in Alicante.

Delfi Brea / Tami Icardo and Martas meet and get into the quarterfinals. This Vigo promises a very powerful women’s tournament.

Eli and Sofia also go through and the Vikings move up to the last 16 to face Ari and Paula.

This leaves a star-studded quarter-finals draw. 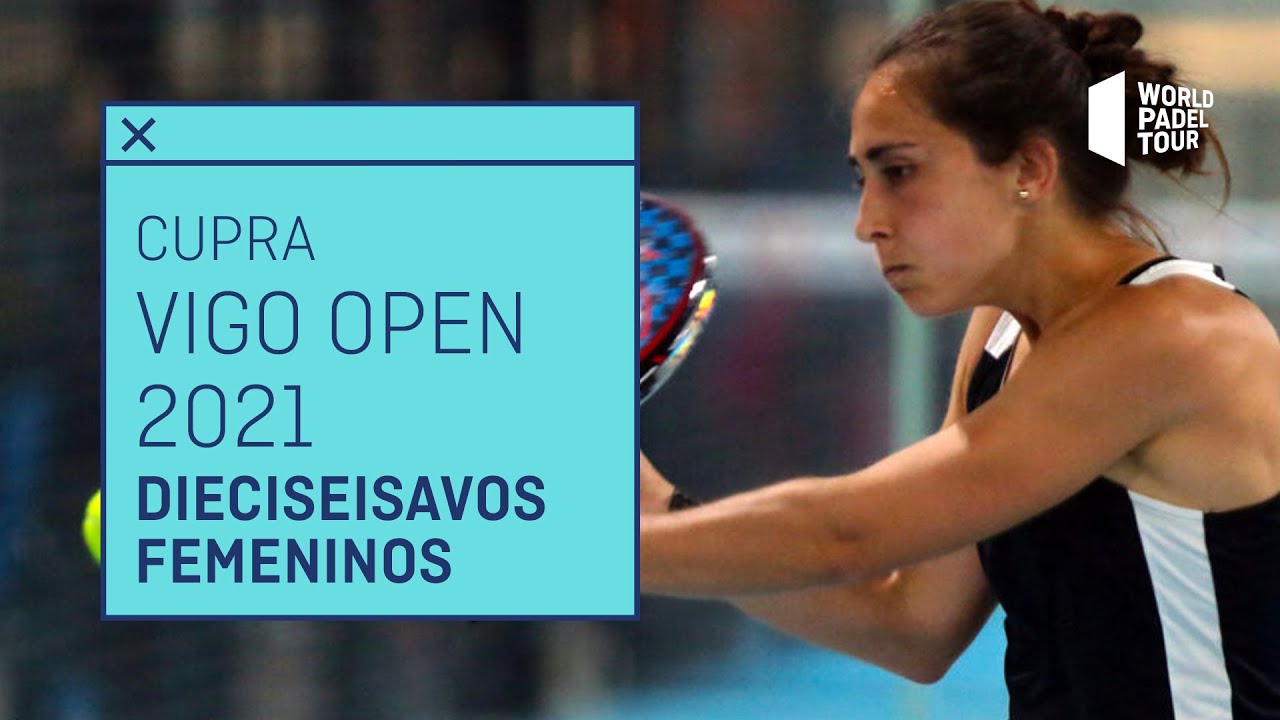 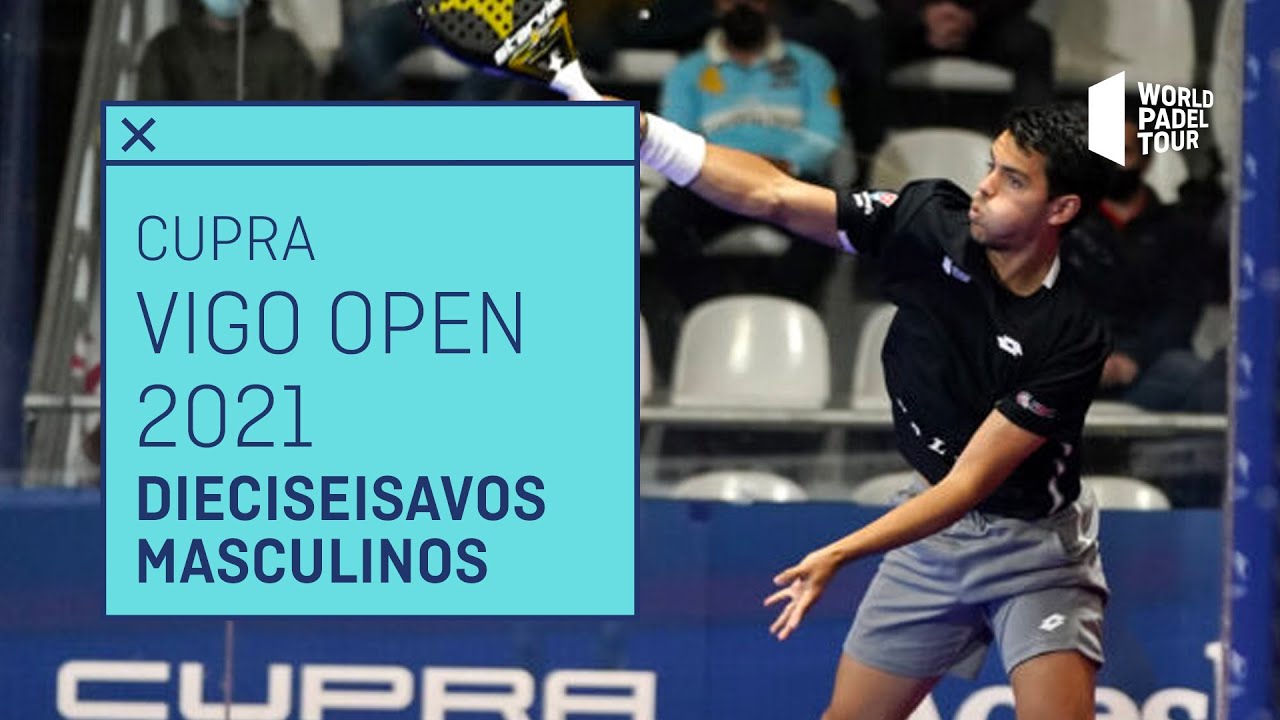 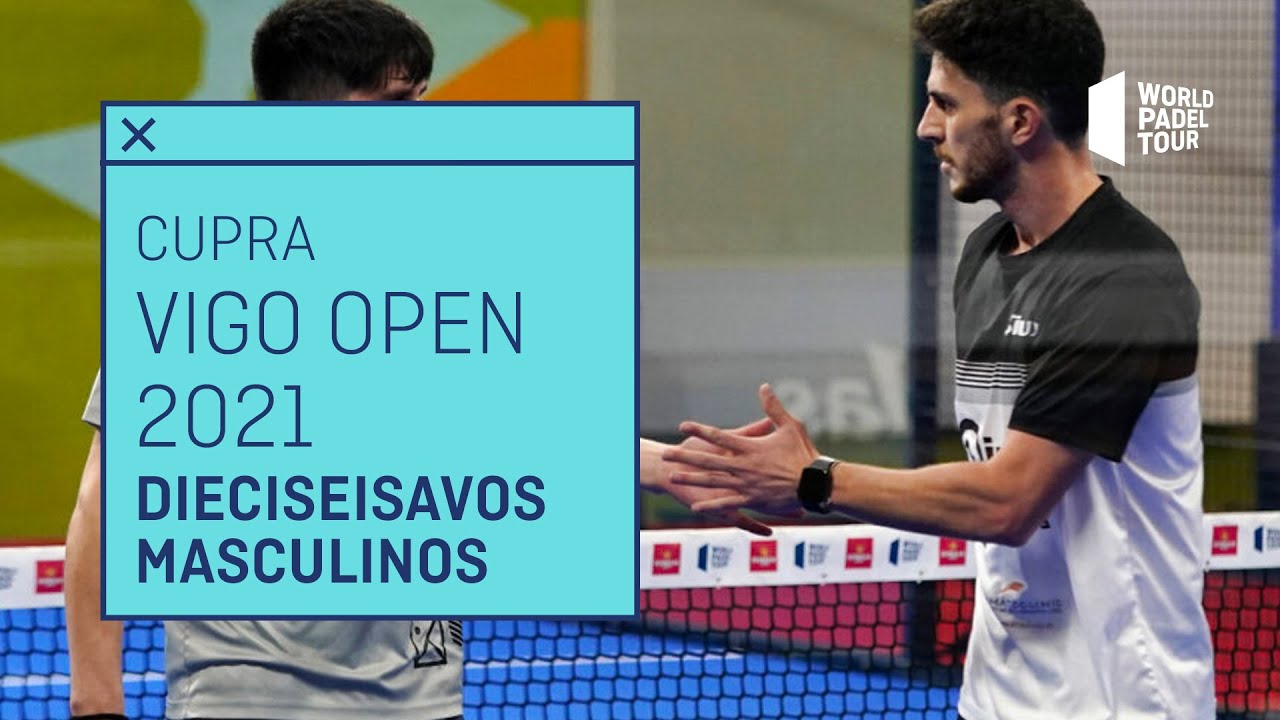 On the way to WPT Vigo – Camping El Cares