Great padel display in the final in Alicante where Lebron and Galan looked to Gemma Triay and Alejandra Salazar and decided not to let the revelation pairing play either.

Another 6-0 on the scoreboard at the Palacio de Deportes de Alicante that seemed to forget about the rest of the numbers. However, at the last moment Alex Ruiz and Franco Stupa changed the pile and decided to face the bull. However, it slipped through their fingers at the last moment and right in front of their eyes, as in the bench talks Alex and Stupa knew exactly where they had gone wrong.

Fraco Stupa and Alex Ruiz, from Padelcostadelsol.com we tell you that the third time is the charm. We will see you in Vigo. 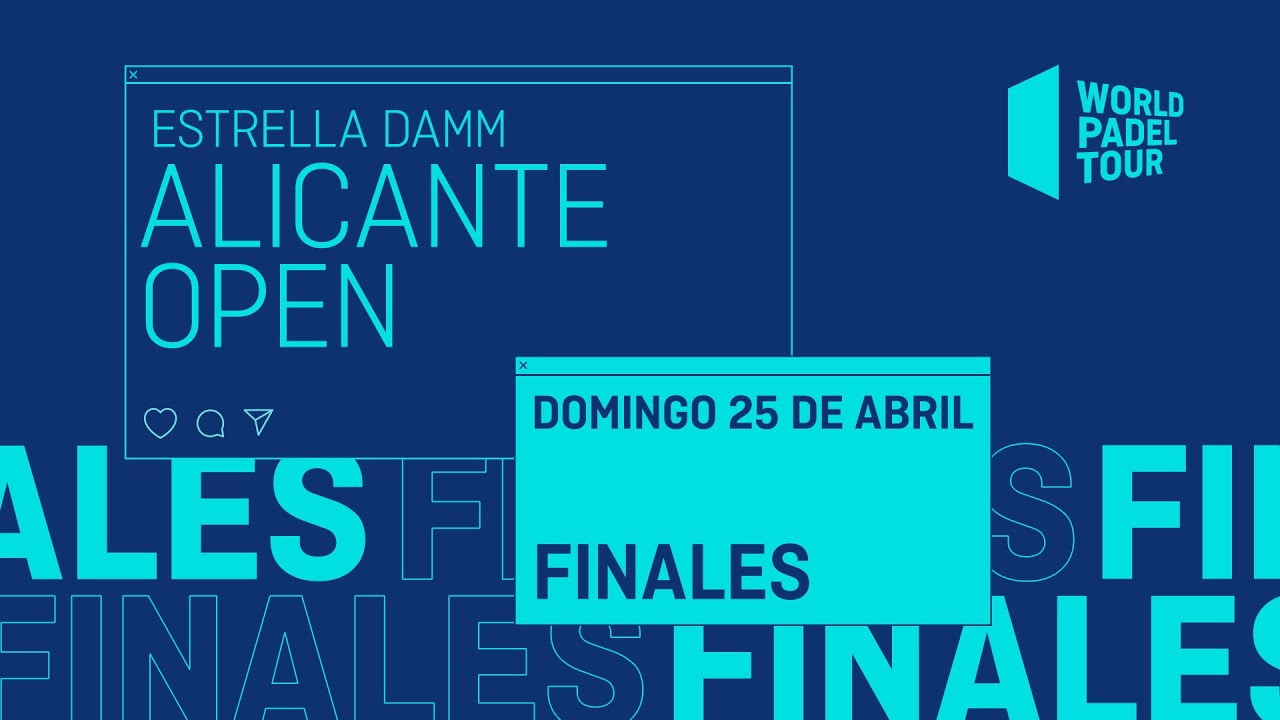 There was no respite for Ari and Paula. They got the embarrassment in the final where Gemma Triay and Alejandra Salazar came to prove that they are still the number one pairing in world padel. 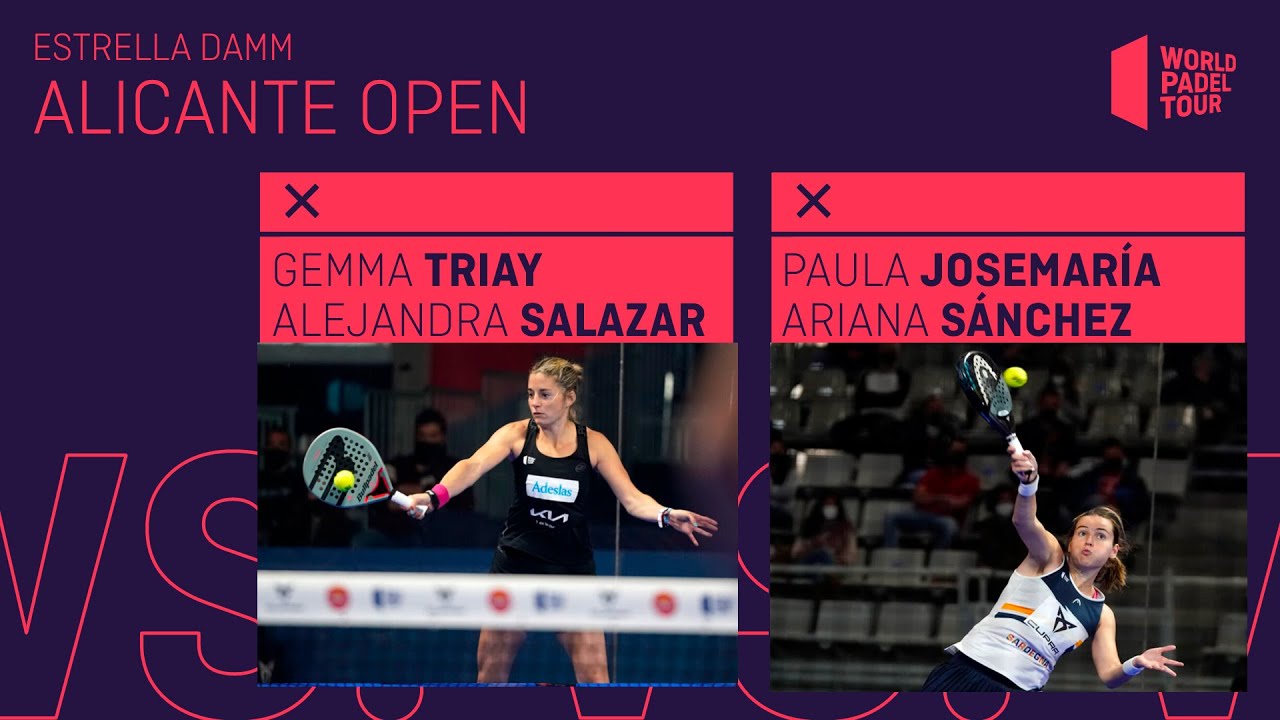 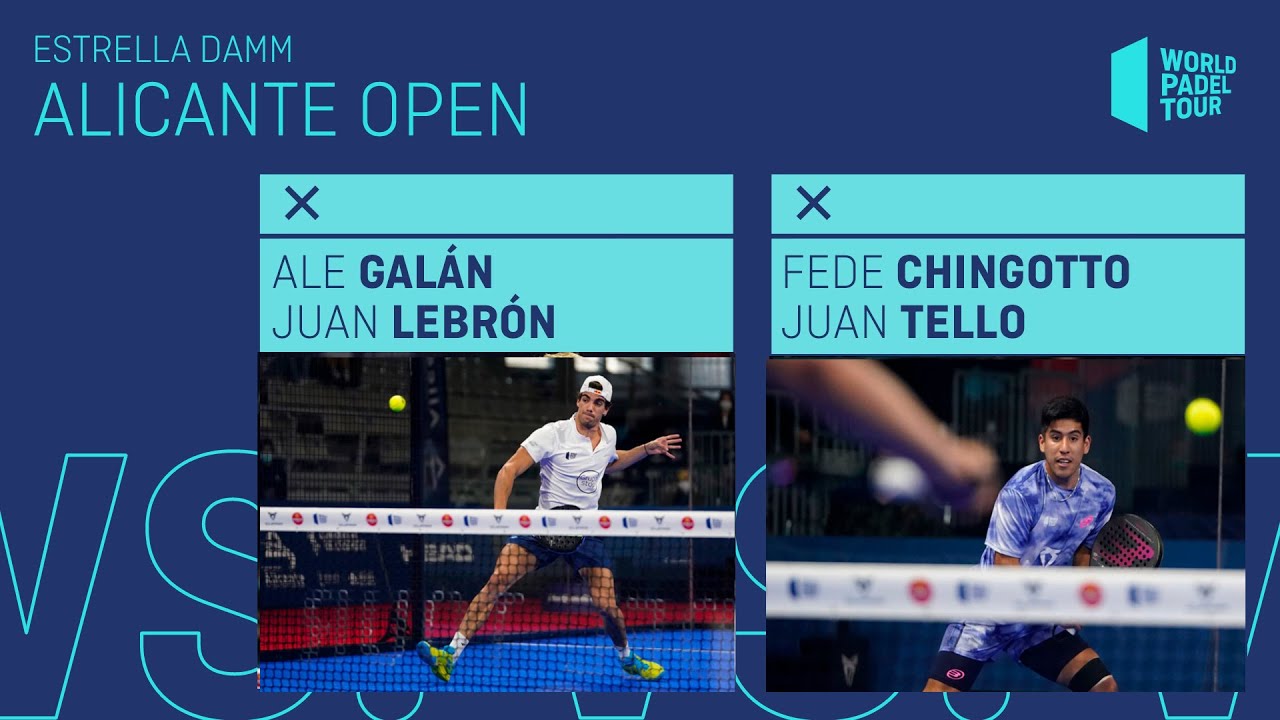 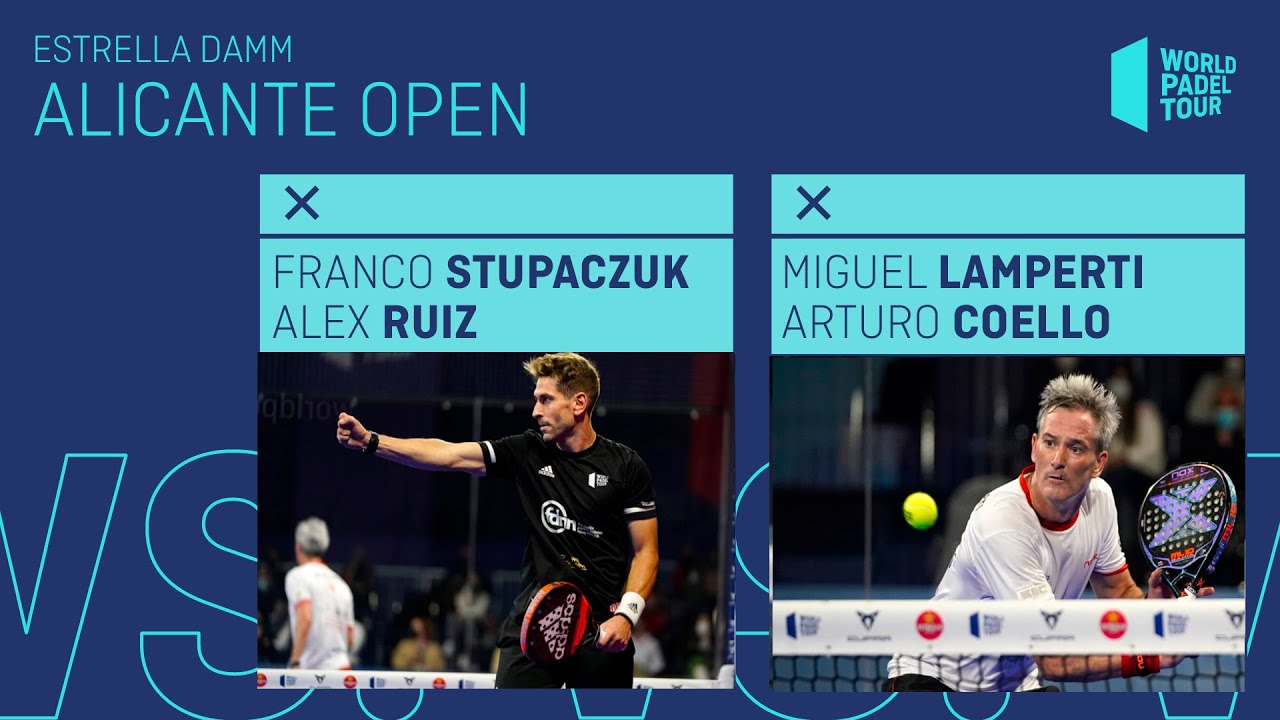 A great match at the top between the world number ones where the Galan/Lebron pair overcame Tello and Chingotto who could not stop the torpedoes that came one after the other.

Lamperti and Coello were surprised when the match started and the pair Stupa and Ruiz answered the balls with an incomparable aggressiveness. It wasn’t even 30 minutes into the game when the score was already 6-0 for Stupa and Ruiz. In the second set Mati Ortiz’s team (Lamperti/Coello) were ahead until Franco and Alex started to take the lead and started to take the overwhelming push with which they started and ended up taking the set.

The Triay/Salazar pairing started the match as favourites. At 2-2, they received an answer from the revelation pairing of the tournament, which made them wake up and get ready for the rest of the set. In the second set, Triay and Salazar were dedicated to keep the advantage that gave them a break at the beginning.

The most eagerly awaited match in the women’s section. The meeting of two of the best pairings in the world.

Paula and Ari, took the lead with a break in the fourth game that gave them the set.

The second set started as the first one ended. With a fine and powerful Ari Sanchez and Paula. With a break in the ninth, almost consolidated to go to the final, awoke the couple Sainz / Gonzalez who reached the Tie Break on the golden point.

In the Tie Break, the two couples secured every ball, but the couple Bea and Lucia lost 4 balls leaving them out of the final. 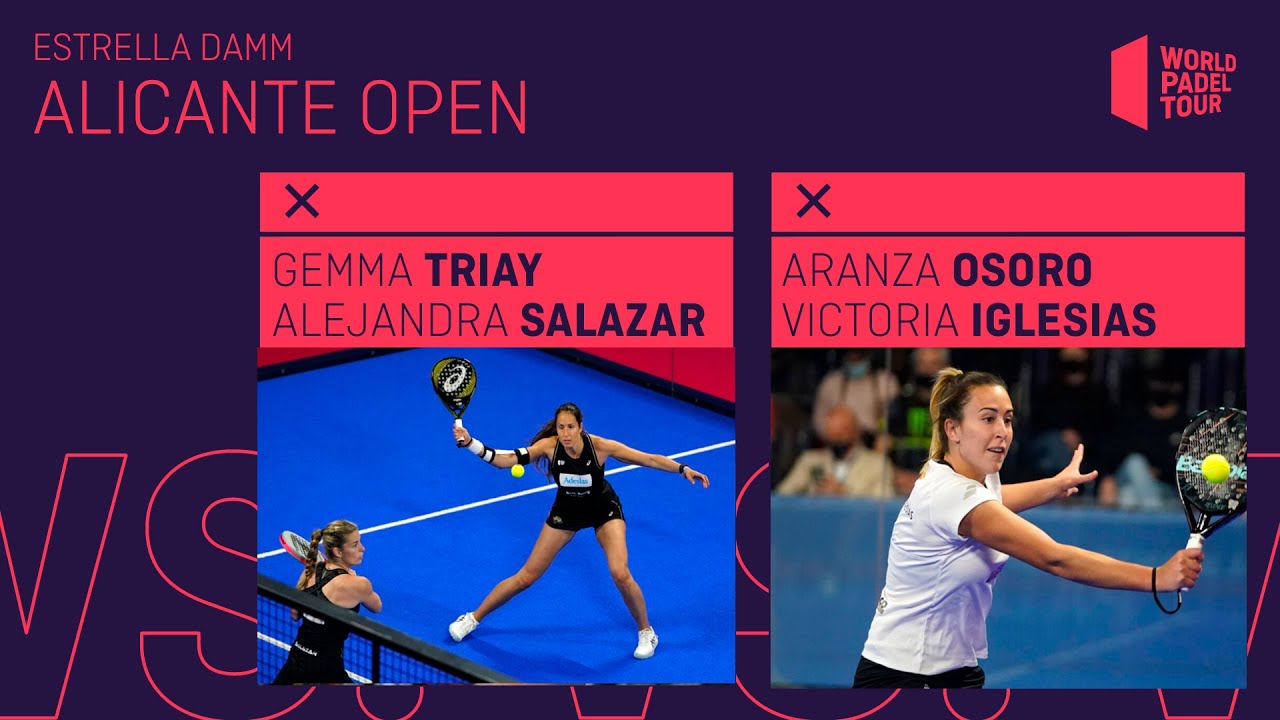 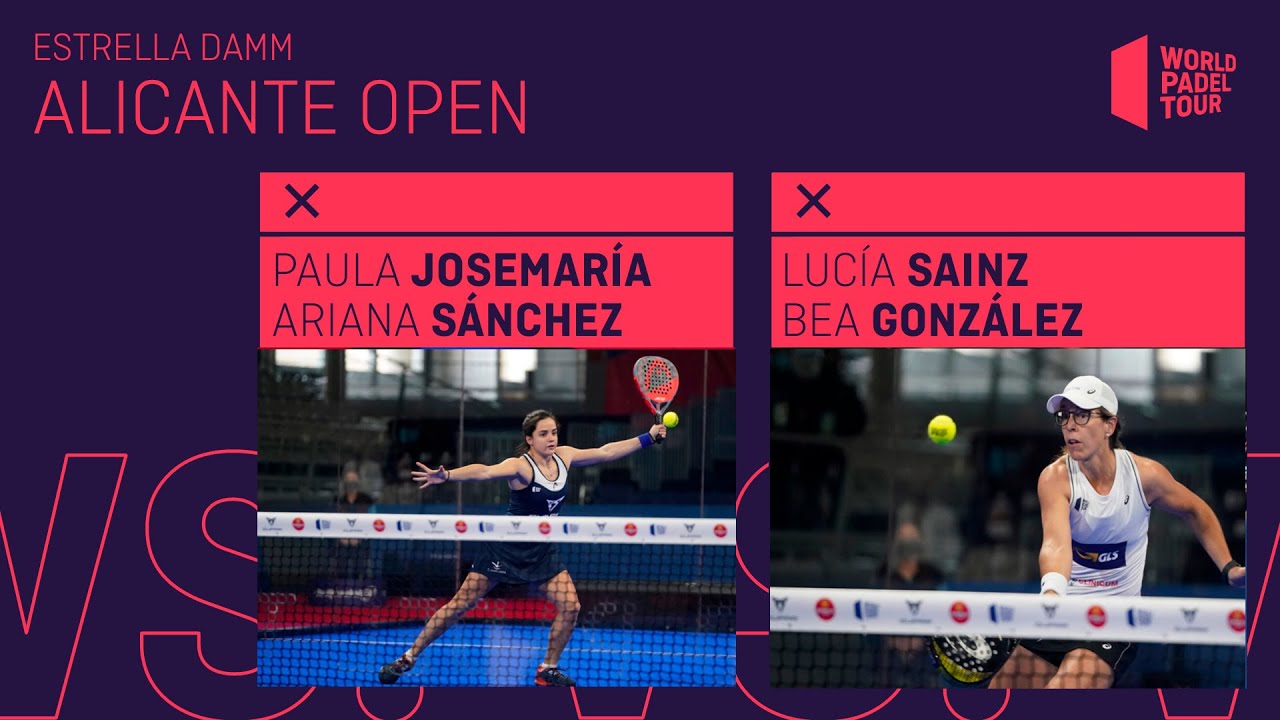 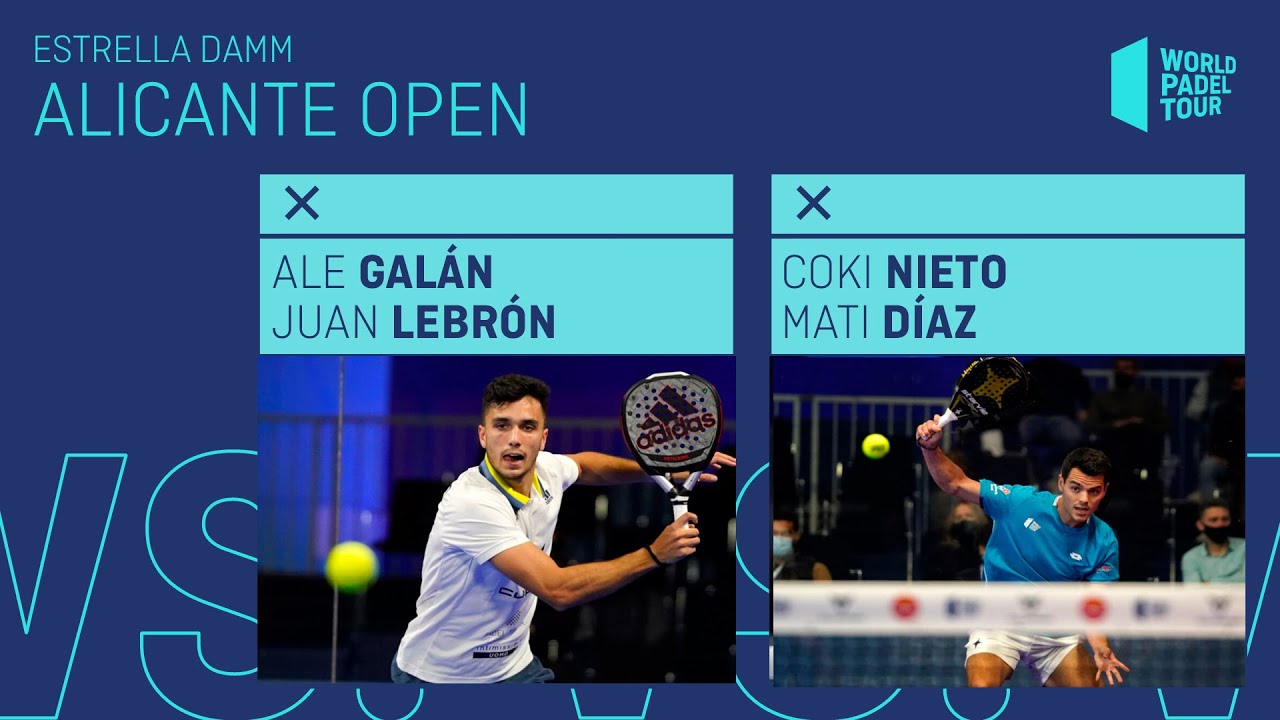 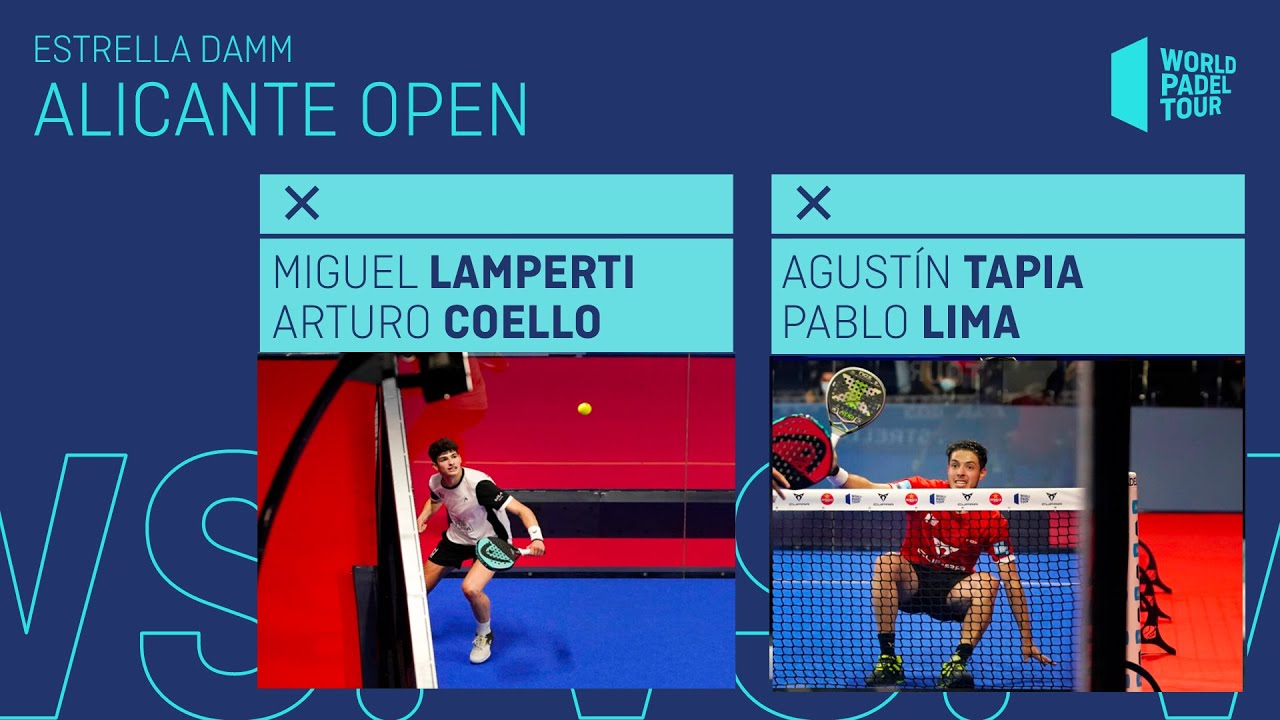 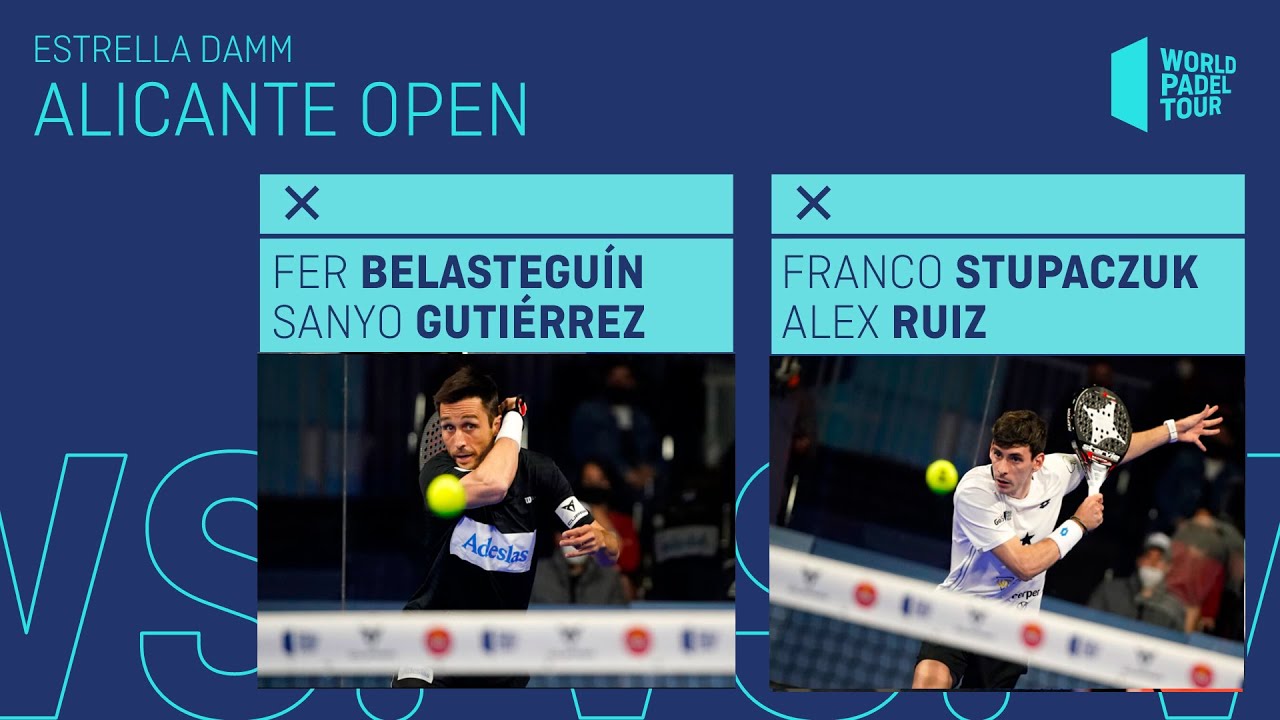 A day of heart attack for the big players. Many of them have been left at the gates of the semifinals. On one side, Lebron / Galan and Chingoto / Tello have beaten Martin Diaz / Nieto Ruiz and Paquito / Di Nenno.

On the other side, Lima and Tapia are out against Coello Manso and Lamperti. And the star match, which was the final of the Madrid Open. Alex Ruiz and Chacones Franco Stupa take revenge against Bela and Sanyo.

On the women’s side Triay and Salazar continue the progress that was expected of them. They haven’t dropped more than 4 games to their opponents.

Las Martas stayed in front of the Vikingas who have strengthened their pairing after the Madrid Open. Bea and Lucia will face Ari and Josemaría Martín in the semifinals after the injury of their opponents. 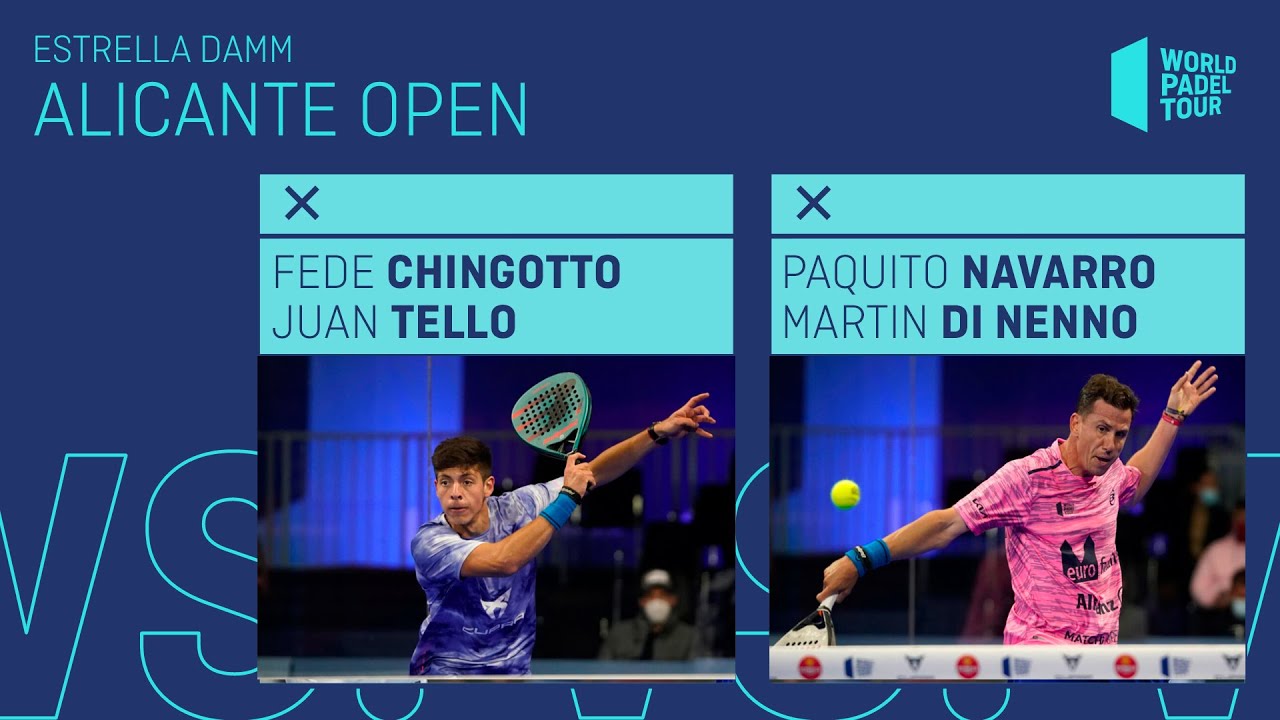 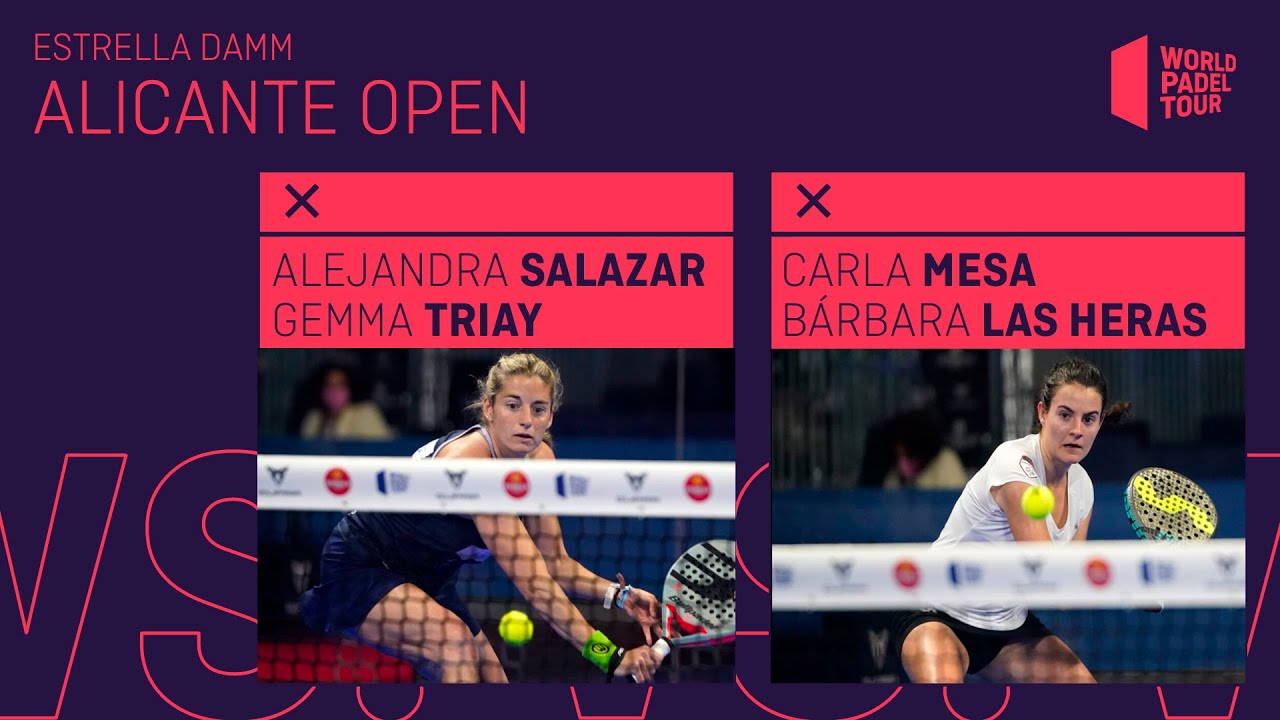 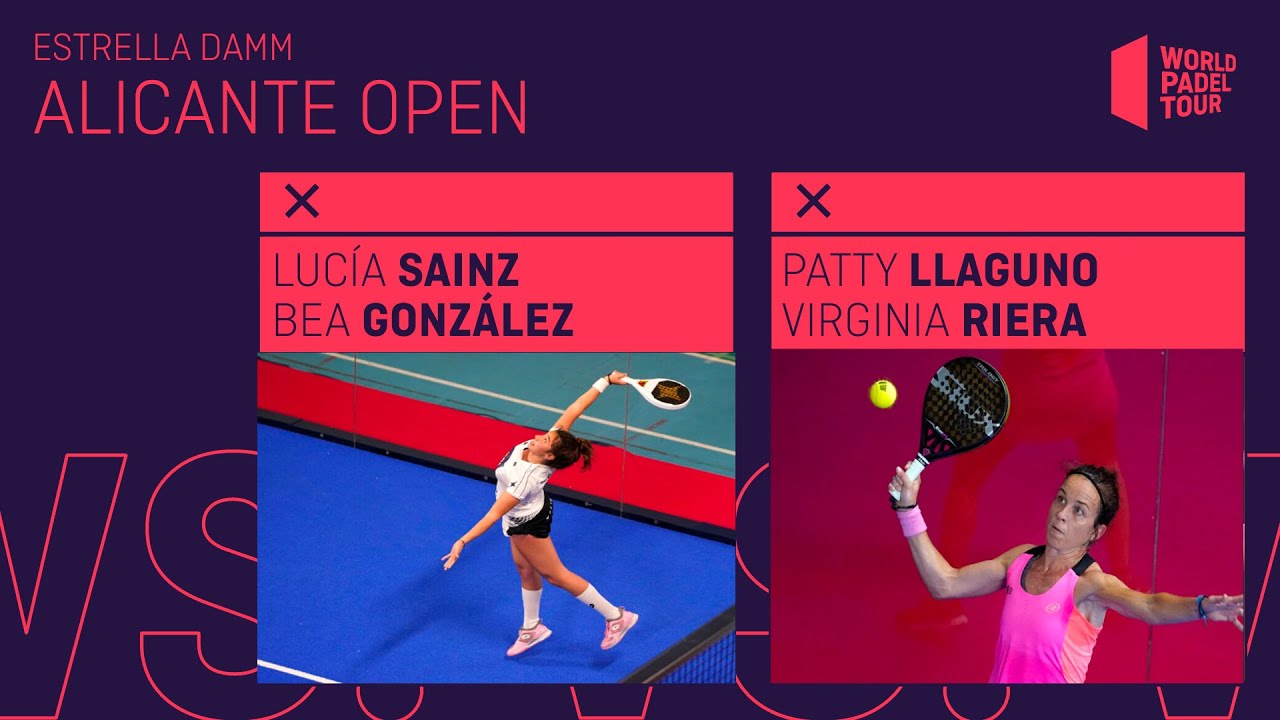 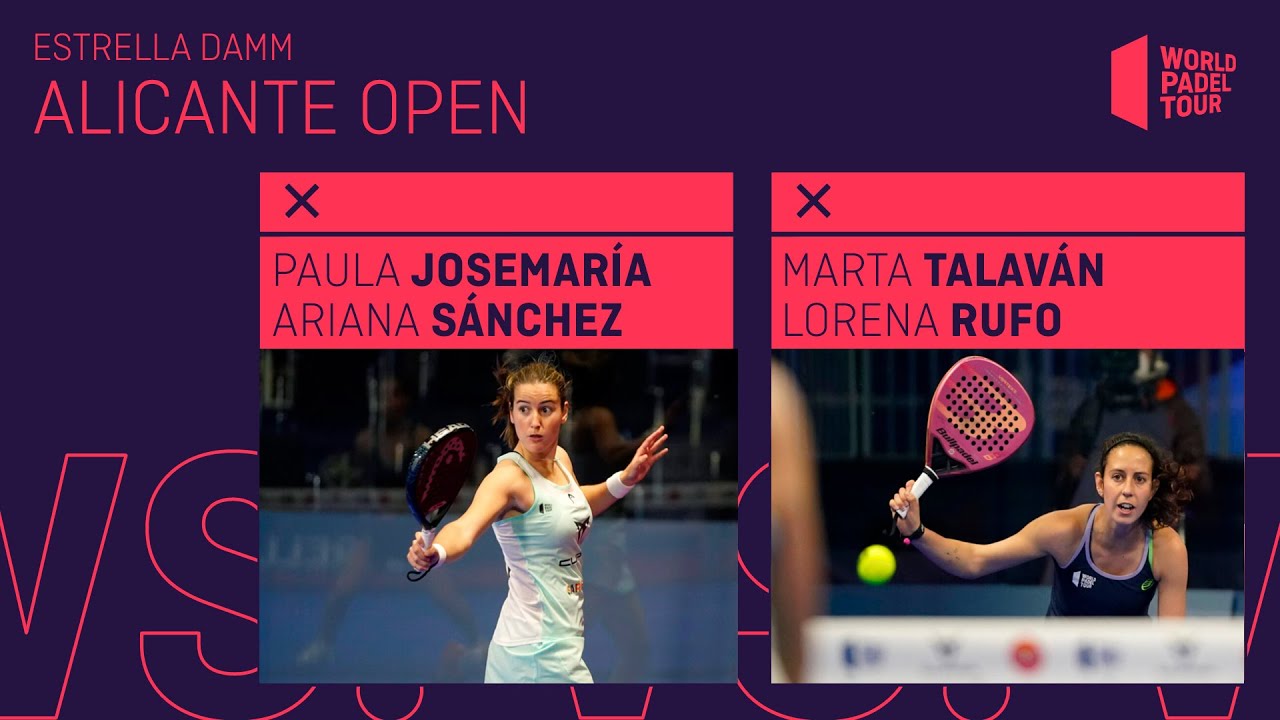 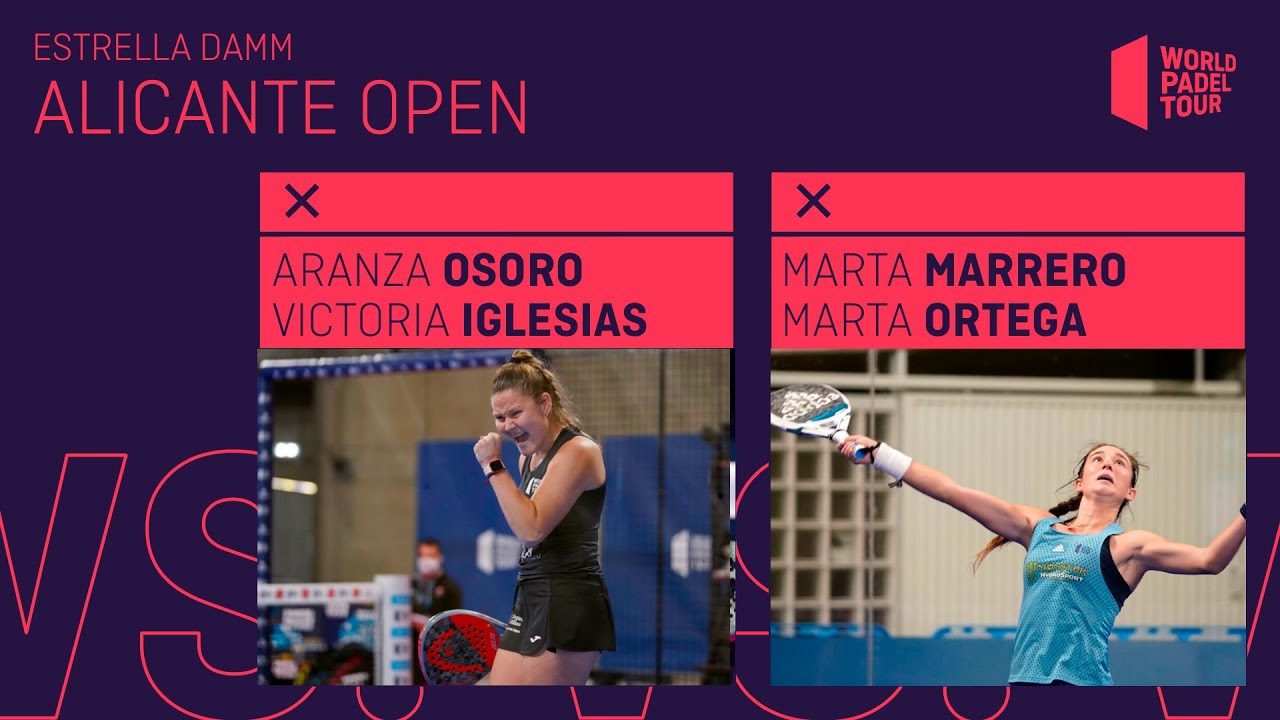 Eighth round of the Estrella Damm Alicante Open 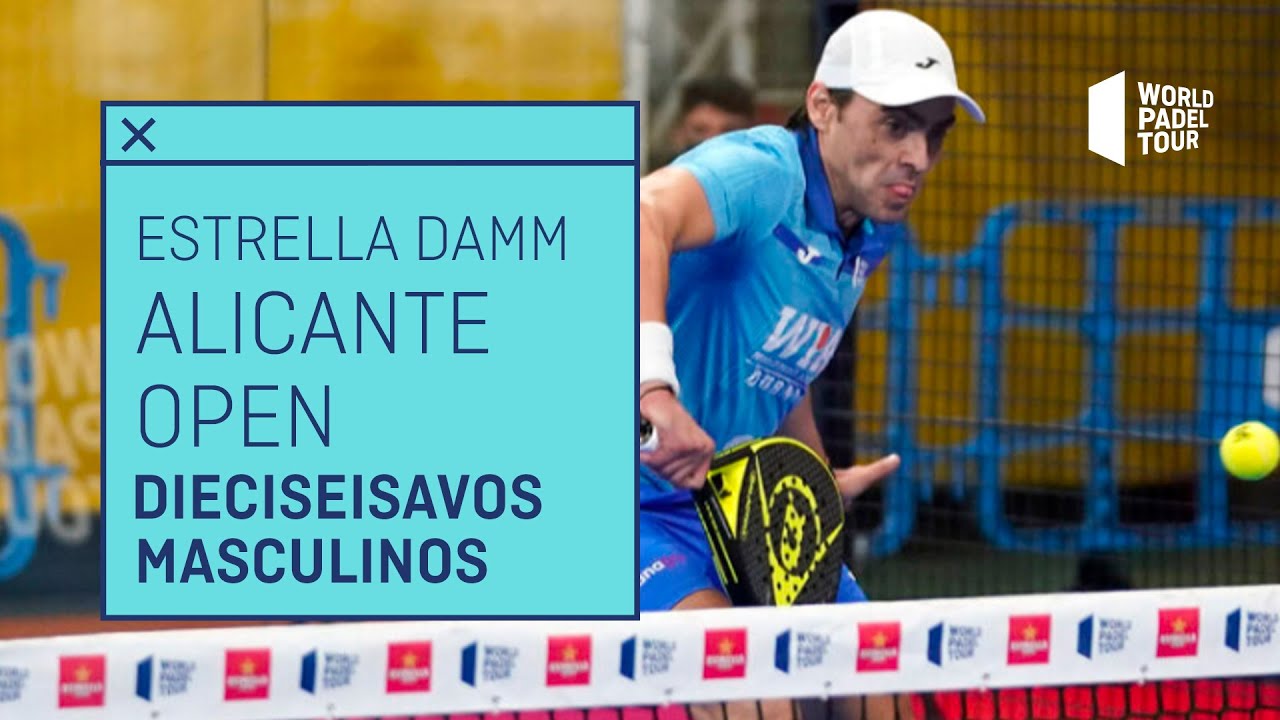 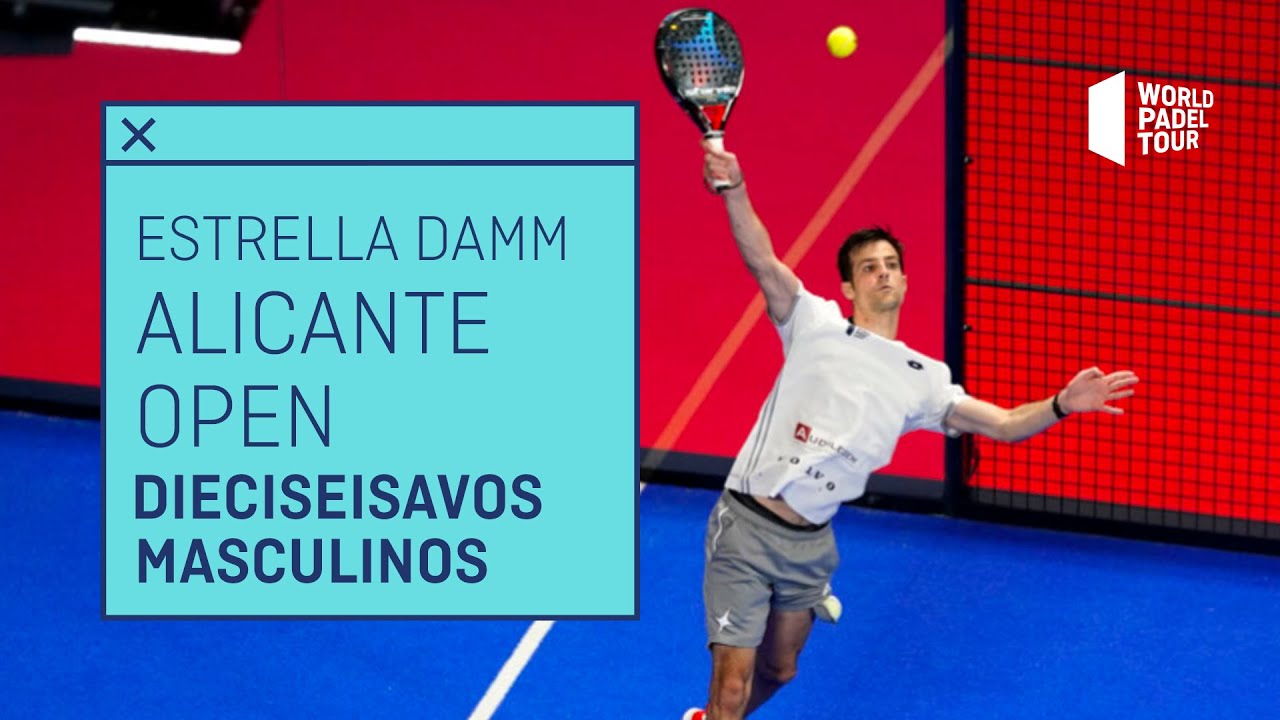 The eight pairings that will play in the quarter finals have been defined with no surprises. Only the pairings that separated Maxi Sanchez and Tito Alemandi have been left out with their respective pairings Capra and Lijo Santos.

Congratulations to the revelation pairings Fuster and Gonzalo Rubio and Alba Sanchez and Gil Morales. 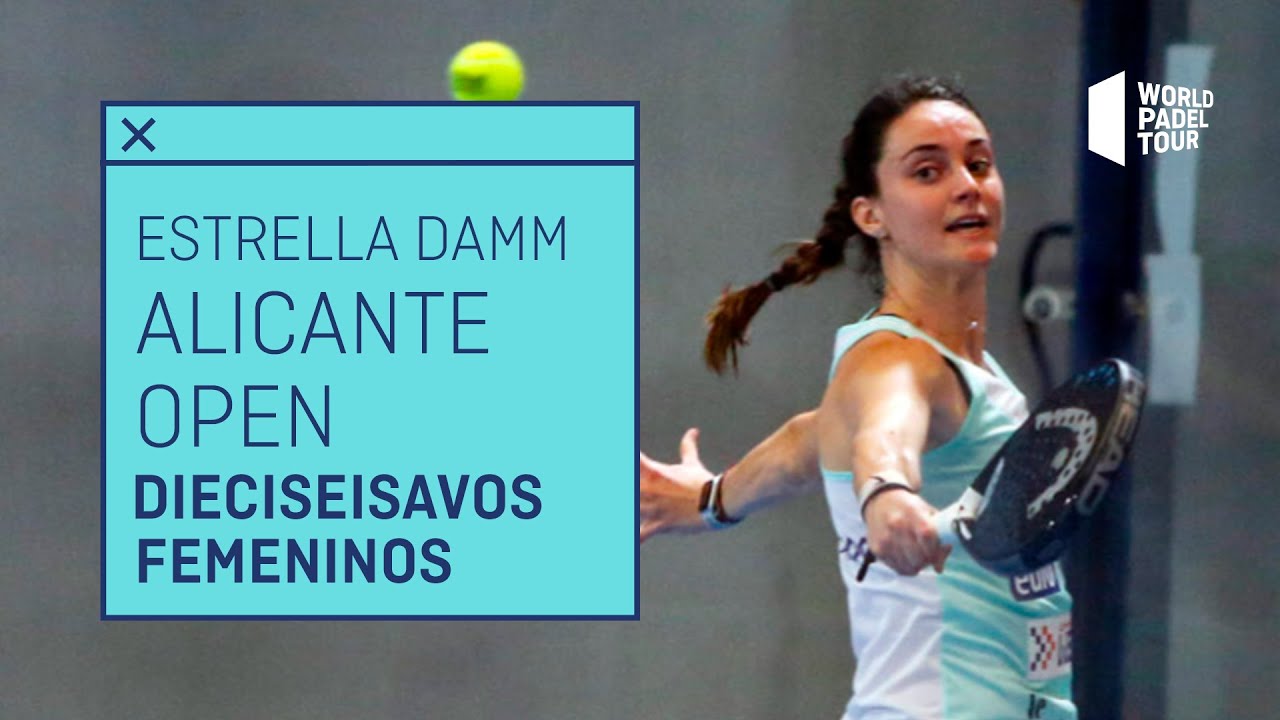 The surprise in the women’s draw was Elisabet Amatriaín and Sofía Araújo, who lost out to Bárbara Las Heras and Carla Mesa in a complicated but quick match.

We have the results of the Estrella Damm Alicante. The draw has given all the men’s pairings a chance of reaching the last sixteen after a very intense day.

XII European Padel Tournament will be held in Marbella.