On the men’s side, we had Lima and Tapia against Lebron and Galan, two pairings that didn’t give up a single serve in the first 8 games. Then against breaks from each pair to finish in a sudden death that Galan and Lebron took. This first game gave them the momentum to take the second game more easily.

On one side Paula Jose Maria and Ariadna Sanchez, on the other Pati Llaguno and Virginia Riera were playing for their second title this year. The golden points were decisive in the first set, but the precision and consistency of Llaguno and Riera went down until Ari and Paula completely dominated the scene until they took the upper hand with sets to 0. 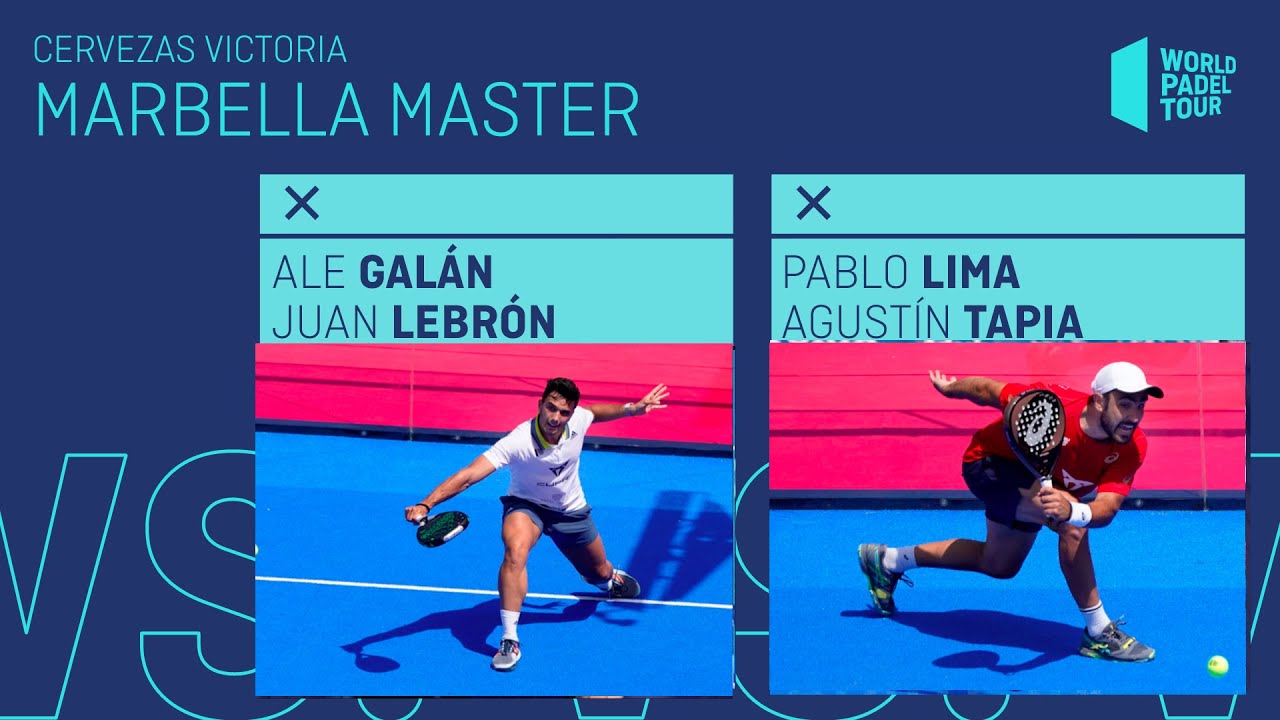 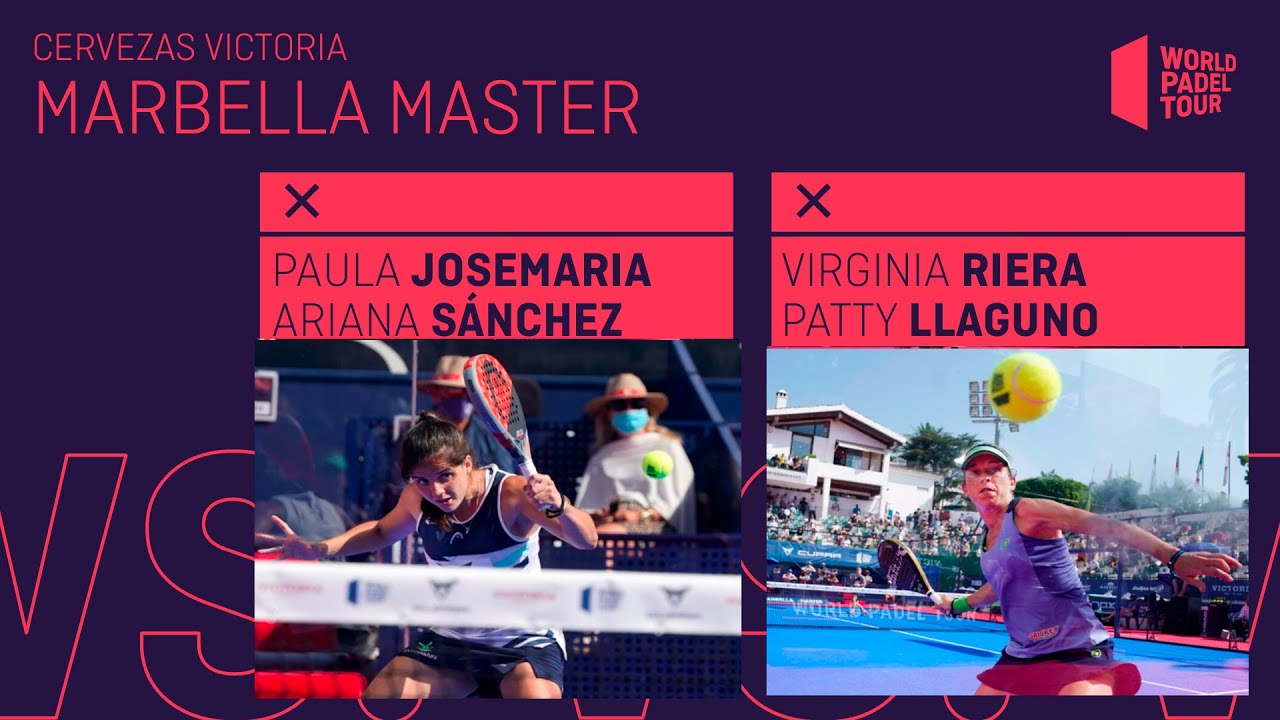 Lima and Tapia faced Uri Botello and Javi Ruiz, a player from Granada played the home side in this match in Costa del Sol and responded to the crowd’s encouragement by taking a 2-0 lead. Botello and Ruiz, one of the best defences on tour, kept Lima and Tapia at bay in the tiebreak, which the Brazilian and the Argentine took. In the second set, Botello claimed the physio on court. The pundonor of the player from Melilla, made him reach the fifth game with a 4-1 for Lima and Tapia. In the end he had to abandon the match, giving Lima and Tapia a place in the final.

A great match in the semis between the fire of Paquito and di Nenno against the power and quality of Galan and Lebron. Both pairings held their serve well. Only in the final set did the number ones prevail to take the set 7-5. The second set was going to be a give and take with both pairings showing all their cards. But once again Galan and Lebron were superior and took the set 6-4.

Gemma Triay and Alejandra Salazar faced Ariadna Sanchez and Paula Josemaria Martin. One of the best matches that can be played at the moment, as they are two pairings who already know what it means to win a title and who are also very evenly matched in the rankings world padel tour. This equality was not seen on the court in the first set, as Ari and Paula absolutely controlled the game and took the first set with a 6-1. In the second set, Gemma and Ale got the machinery going and started the second set 4-0 but they disconnected and Ari and Paula tied the match. Maximum equality until Ale and Gemma took the set 7-5. Salazar and Triay with the momentum of the victory were 2-0 in the third set. But Ari and Paula got back on level terms and from that moment on, they got back on track until they took the third set.

Pati Llaguno and Virginia Riera faced Aranzazu Osoro and Victoria Iglesias. Two very evenly matched pairings in the ranking. Pati and Virginia, imposed themselves on the Sevillian and the Argentinean from the beginning and went through the court controlling all the facets of the game. 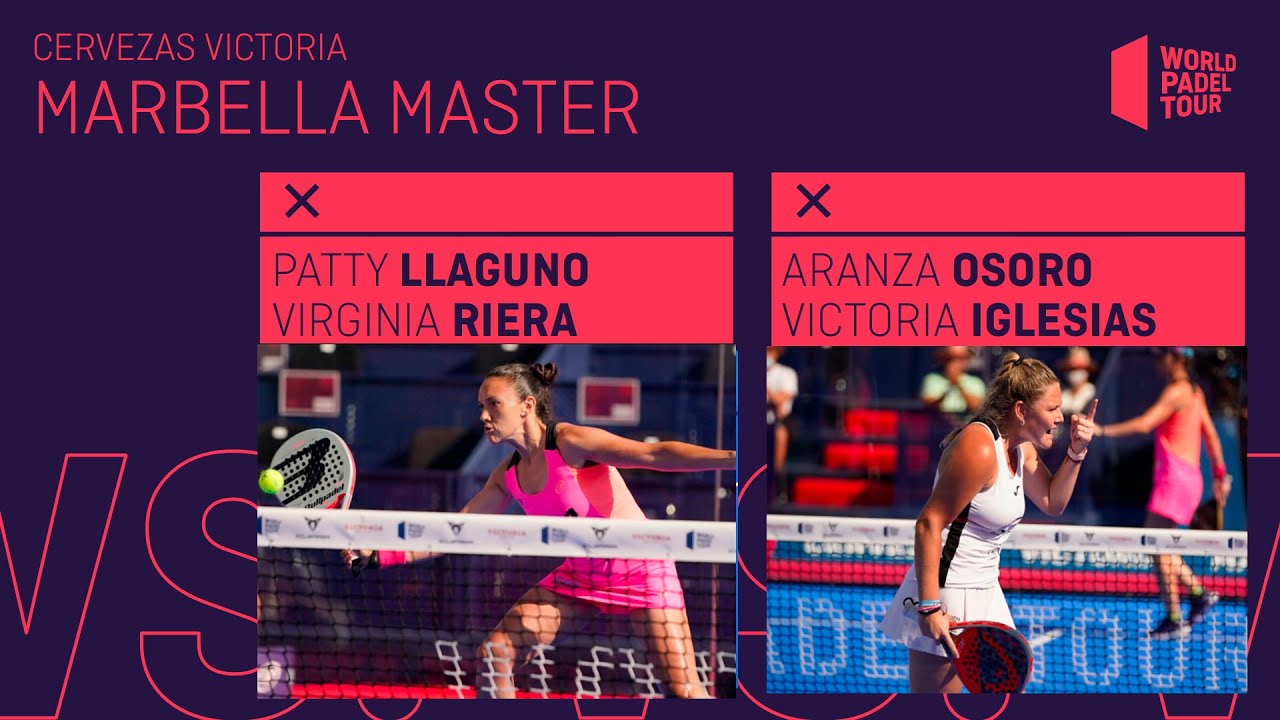 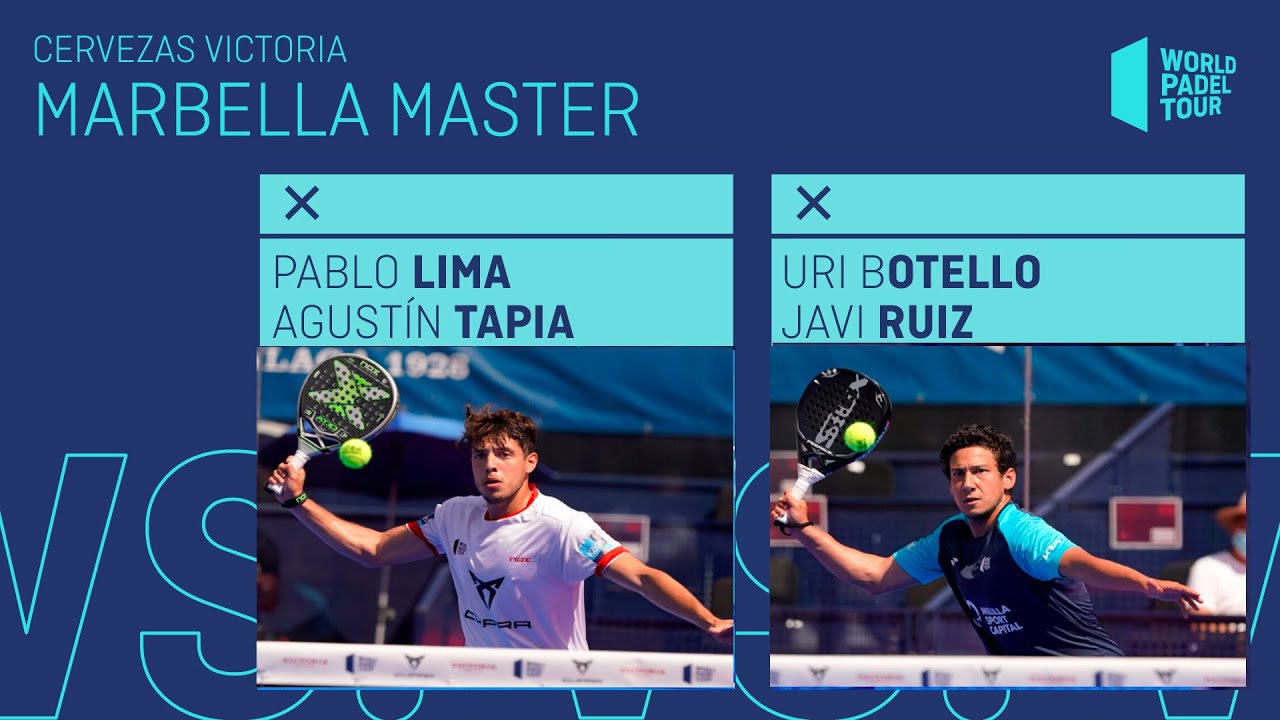 The heat of the Costa del Sol was the keynote and the protagonist of all the matches in these quarters world padel tour.

Galan and Lebron took a walk against a couple that was making their debut in the quarterfinals of this master with a 6-2 in the first set very easy and an exchange of breaks in the second, but also ended 6-2.

Silingo and Diaz were playing their first quarter finals of the year against Navarro and Di Nenno using their weapons and not getting out of the match. Up to 3 break balls recovered “The Warrior” and Silingo in the first set, but in the end they couldn’t counteract the spice of the couple from Seville and the Argentine who took both sets.

Uri and Javi took to the court with the instruction not to let Chingoto and Tello take the net. They took this premise to extremes in the first set, defending themselves against the cat and mouse, until they took the first set. During the second set, this was not possible as Chingoto and Tello came out ready to put Uri and Javi in trouble and managed to take the third set. However, the Spanish pair shook off their nerves in this final set and took their first semi-final of the year.

Alex and Stupa were playing for a place in the quarter finals against Lima and Tapia. Hostilities started from the beginning when Ruiz and Stupa couldn’t hold their serve. However, during the first set they managed to get to 4-4 and when it looked like a tiebreak was inevitable, Lima and Tapia started to get balls out of the court. The second set started out similar to the first with both pairings on equal terms, but in the end Lima and Tapia’s padel won the second set again, taking the second set 7-5.

Delfi drops out of the quarter finals leaving Gemma and Alenjandra for the semis.

Ari Sanchez and Paula Jose Maria faced Mapi and Majo Sanchez Alayeto. In the early stages, the winners of the Adeslas Madrid open took control of the match, taking the twins out of the game. However, the twins prevailed in the last minute with their strong and rocky padel. The Mañas took the first set in an hour and a quarter. Ari and Paula came out in the second set with everything very studied, no mistakes and took the set with a resounding 1-6. The last set started with a break in favour of Ari and Paula, but the sisters counter-attacked. The match went crazy until Ari and Paula took the third set and the pass to the semis.

Pati Llaguno and Virginia Riera faced Bea Gonzalez and Lucia Sainz again. A very even match between the top 4 in the world. The Catalan and the player from Malaga took the first set, Bea feels safe at home, but Llaguno and Riera tightened up in the second set and took it to play the third after an hour and forty minutes of play. In the third set, the equality between the two pairs was imposed and ended in a Tie Break that took Riera and Llaguno who get their pass to semis. 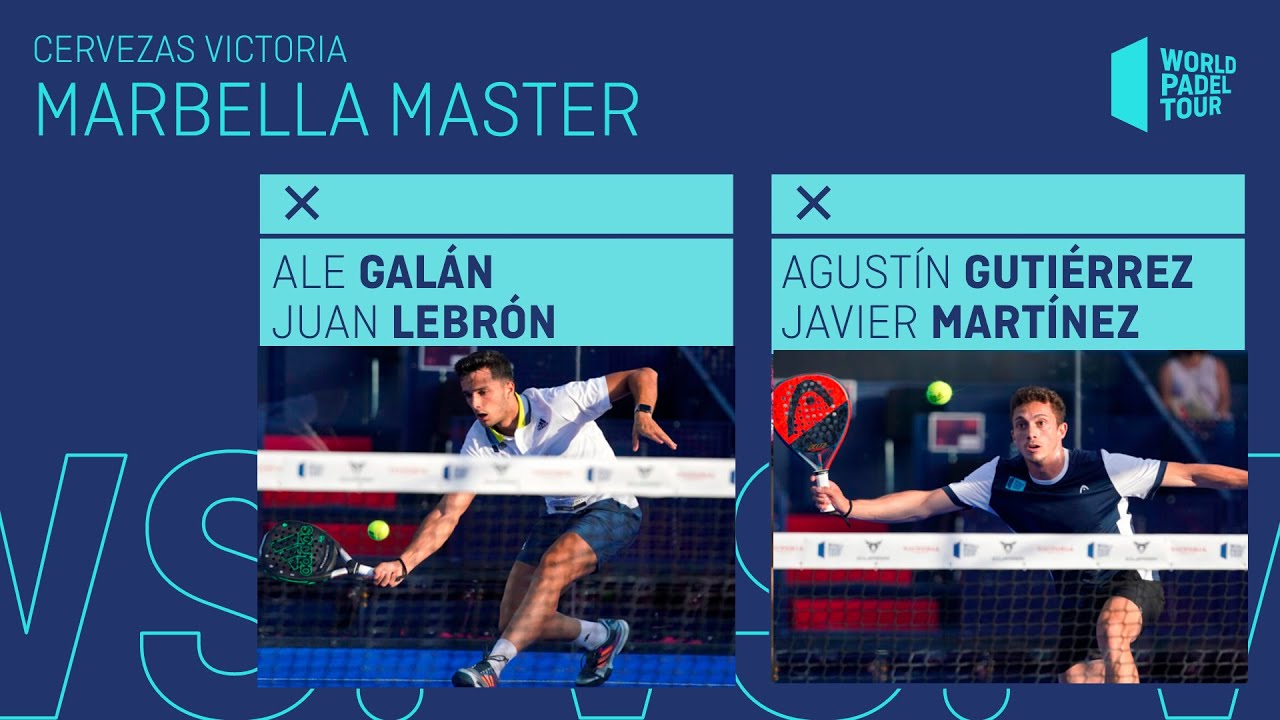 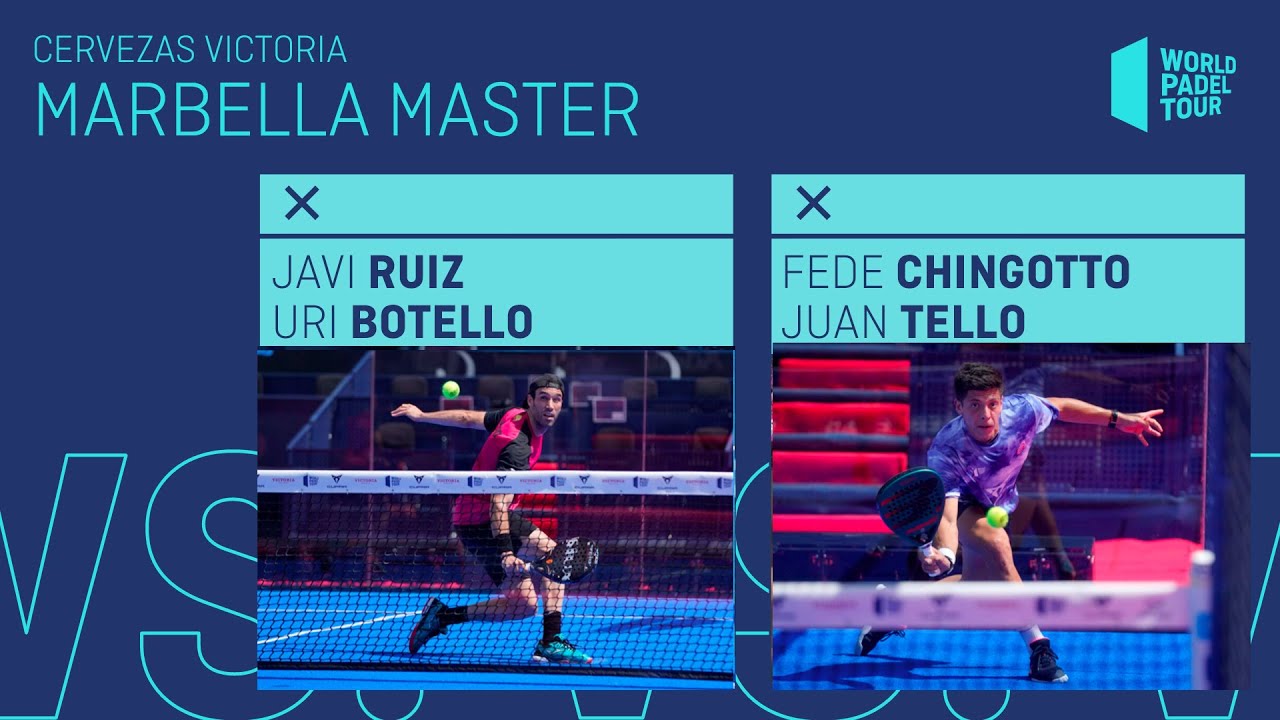 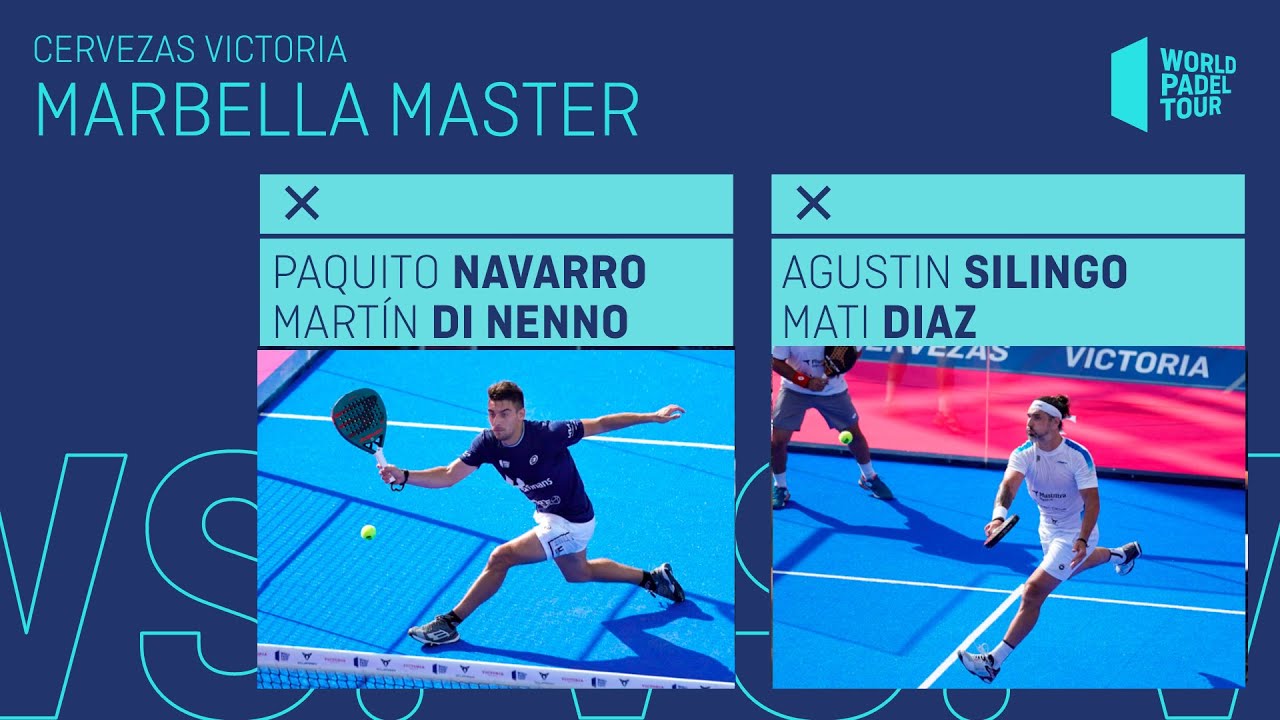 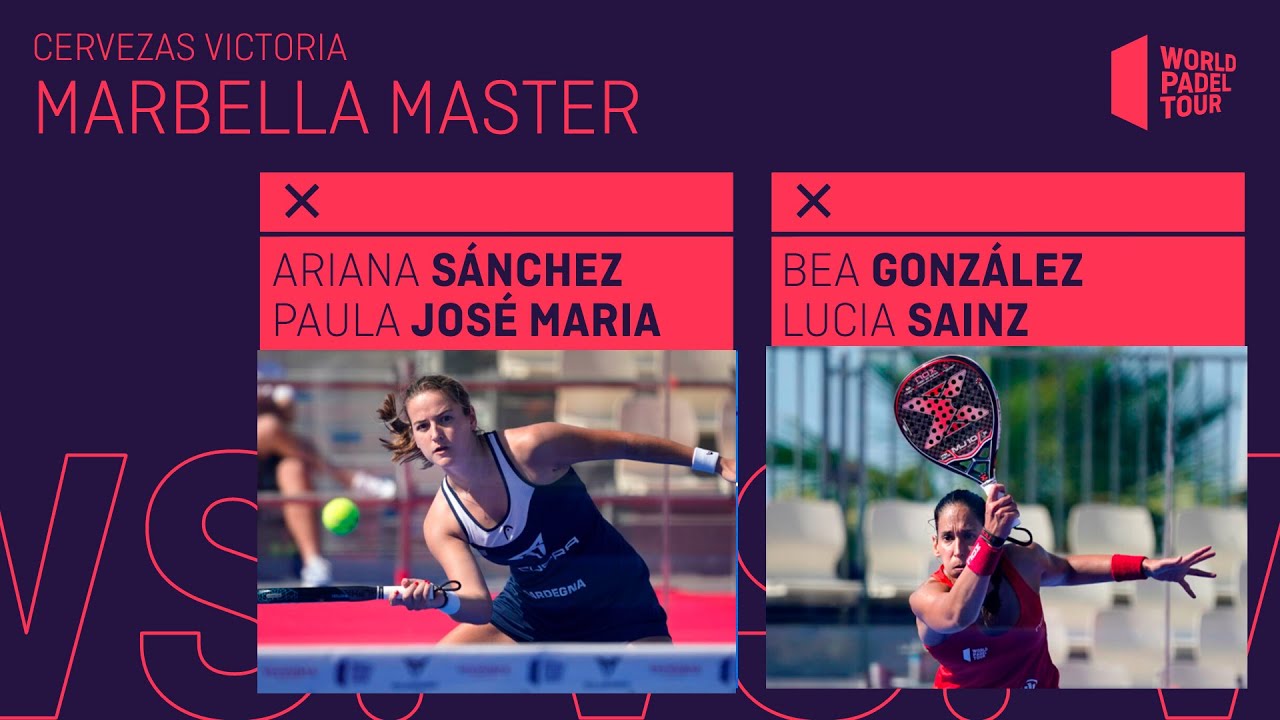 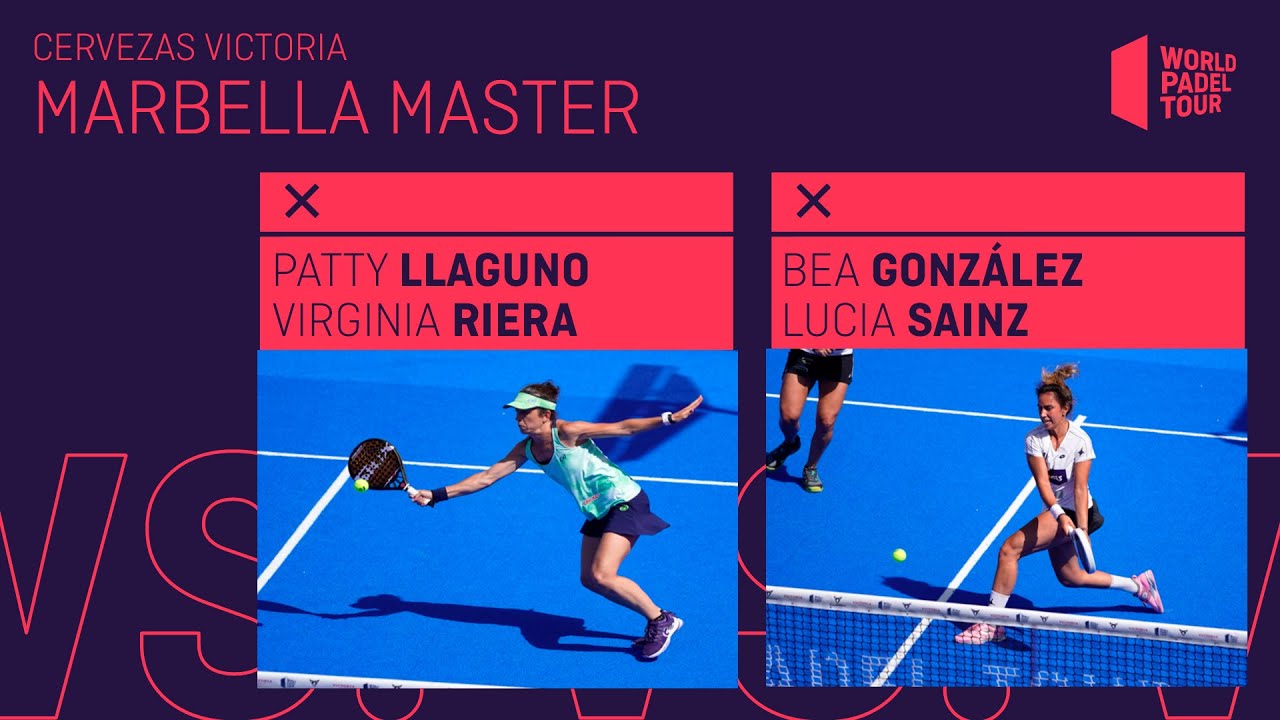 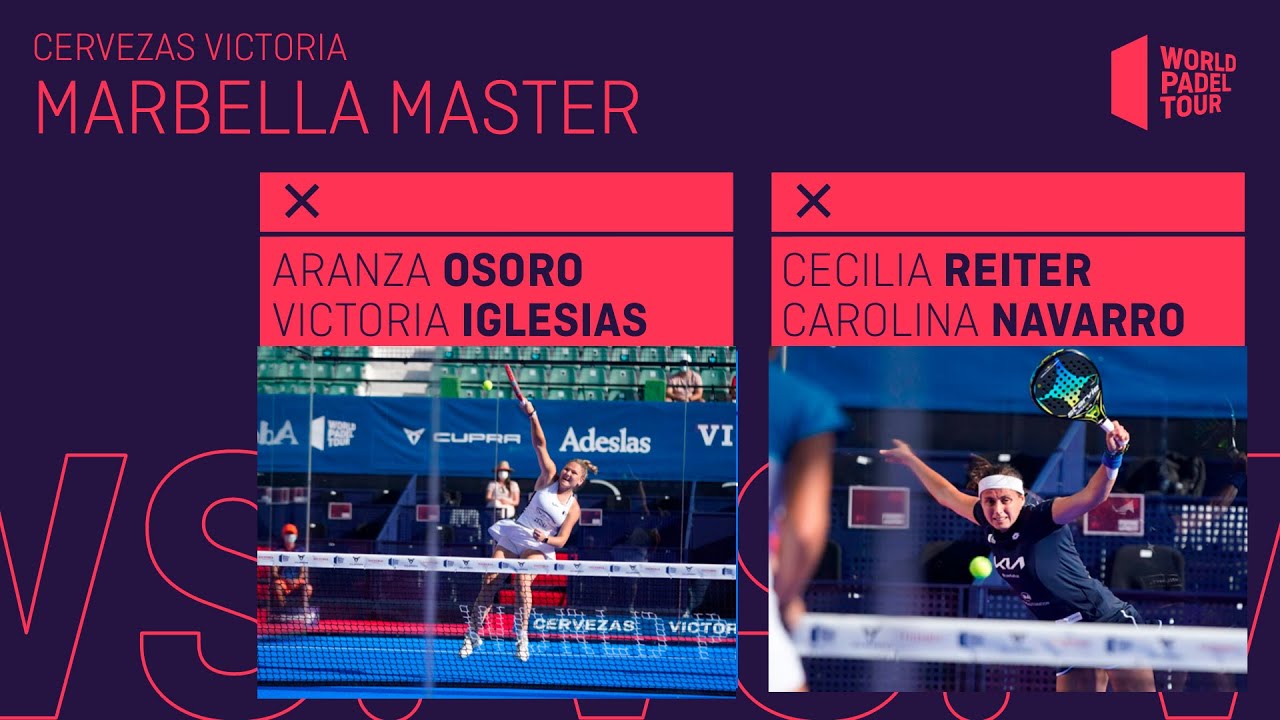 The player from Madrid and the Andalusian leave Belluati and company out of the tournament in a walk through the last sixteen. The surprise came from Javier Martinez and his partner Agustin Gutierrez, who left out the Gutierrez in two hard fought sets. An unprecedented match where everything stays in the Gutierrez family. A match full of impressions, breaks and counterbreaks.

Silingo and Mati leave out Lamperti and Coello after their victory in Sweden.

On the other court, Navarro and Di Nenno leave out Moyano and Rico Dasi leaving a dizzying quarter finals. The Andalusian and the Argentinean win by a heat stroke to Moyano at the last moment.Chingoto and Tello took their pass to the quarter finals leaving out Jeronimo Gonzalez and Rico Dasi in a match where balls were falling from all sides to the Andalusian and Argentinian pair.

On the other court, Ruiz and Botello knocked out Antonio Fernandez and Garcia Diestro in two very quick sets.

Stupa and Malagueño, gave a recital against the revelation couple Riola and Zaratiegui. A match that the Malagueño and the Argentinean grabbed and didn’t let the effort of their opponents pay off.

On the other side, Tapia and Lima, faced the reunited Aday Santana and Cepero. But they had the misfortune of having a very accurate and concentrated Argentinean-Brazilian duo who in 30 minutes took the first set 6-1 and another 6-1 in the next half hour.

Delfi Brea and Tamara Icardo, wanted to make clear who won in Santander, but they found themselves in front of a couple, Andreina and Cortiles, who were resisting until the last minute. In the tenth game, came the long awaited break that gave the first set to Brea and Icardo by 6-4 in 40 minutes. In the second set, Delfi and Tamara took out their rivals from the start, leaving them 6-1 and getting the pass to the quarter finals.

The Alayeto sisters and Ari and Paula made it clear who are the top of the Master’s going into the quarters with some scary results that leave the closest thing to a top final of the tournament already in the quarters.

Victoria and Aranzazu passed over the couple Teresa Navarro and Ana Nogueira who finished with them in two sets. As expected this duo will leave a lot to talk about in this World Padel Tour tournament.

On the other hand we have one of the most important matches of this round of 16, as Carolina Navarro and Ceci Reiter from Malaga were playing at home against Léa Godalier and Ariadna Cañellas. Caro and Ceci started strongly with a break in favour until the Frenchwoman and the Mallorcan equalised at 5-5, having to play it out in the tiebreak. The tiebreak went in Léa and Arianda’s favour, making the Malagueña and the Argentinian put the batteries in the second set, leaving their opponents 6-1. This gave them the confidence for the third set, which they took 6-2 and booked their place in the quarter finals.

The winners of the title in Vigo world padel tour, Riera and Llaguno, started their match whipping the ball and showing that they are ready to win the master. Alex and Jessica couldn’t stop the incisive game that came their way, taking the first set 6-1 and preparing to take the second. The world number 16’s gave a touch of attention in the second set, and received the answer from the world number 6’s taking the second set also by 6-3.

Lucia and Bea were playing for their place in the quarter finals against Carla Mesa and Barbara Las Heras. Bea has nothing to prove on home soil, however she faced the revelation pairing of the tournament to open her tournament scoring. The first set was a give and take of breaks and counterbreaks until Gonzalez and Sainz prevailed, an imposition that took them to the second set, leaving the match 4-6/0-6. 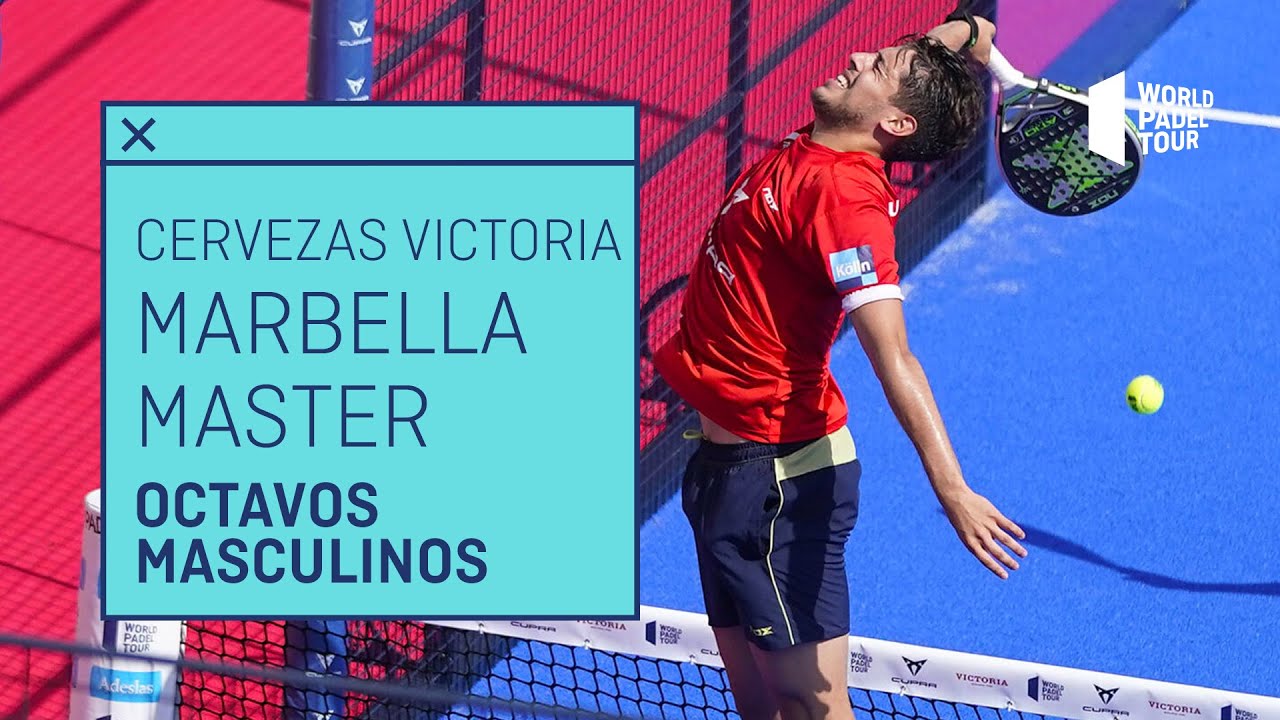 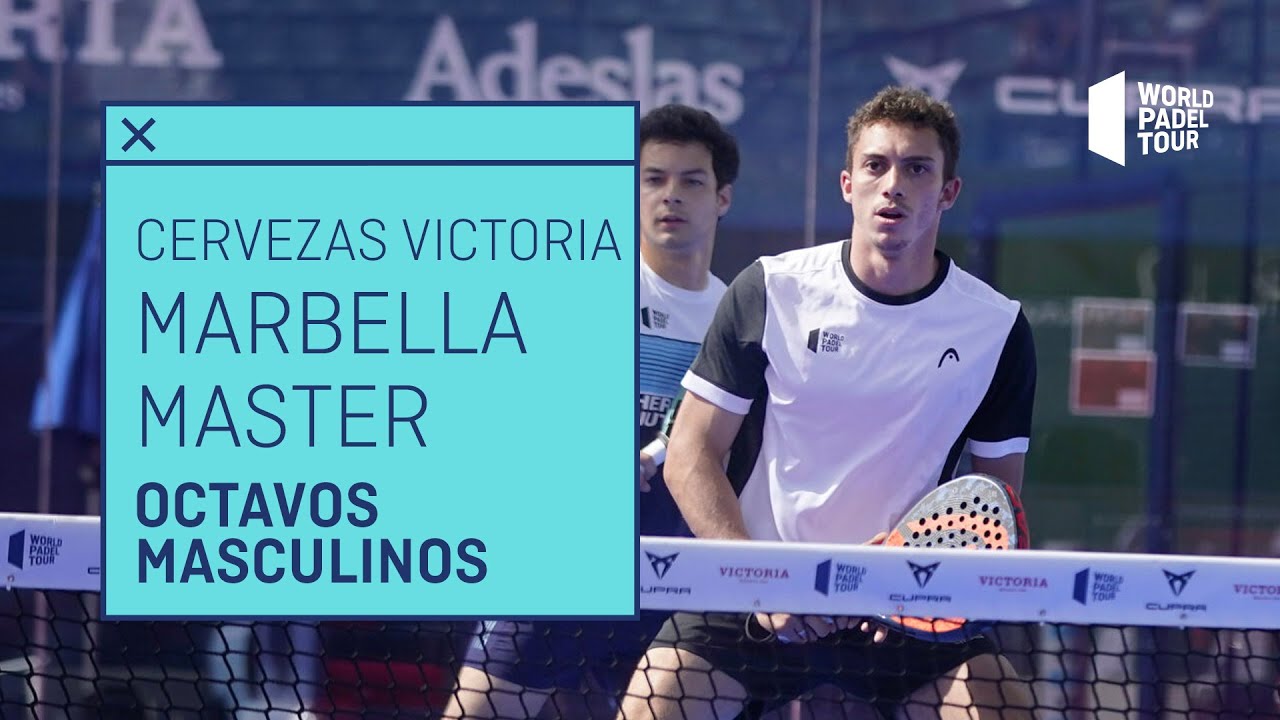 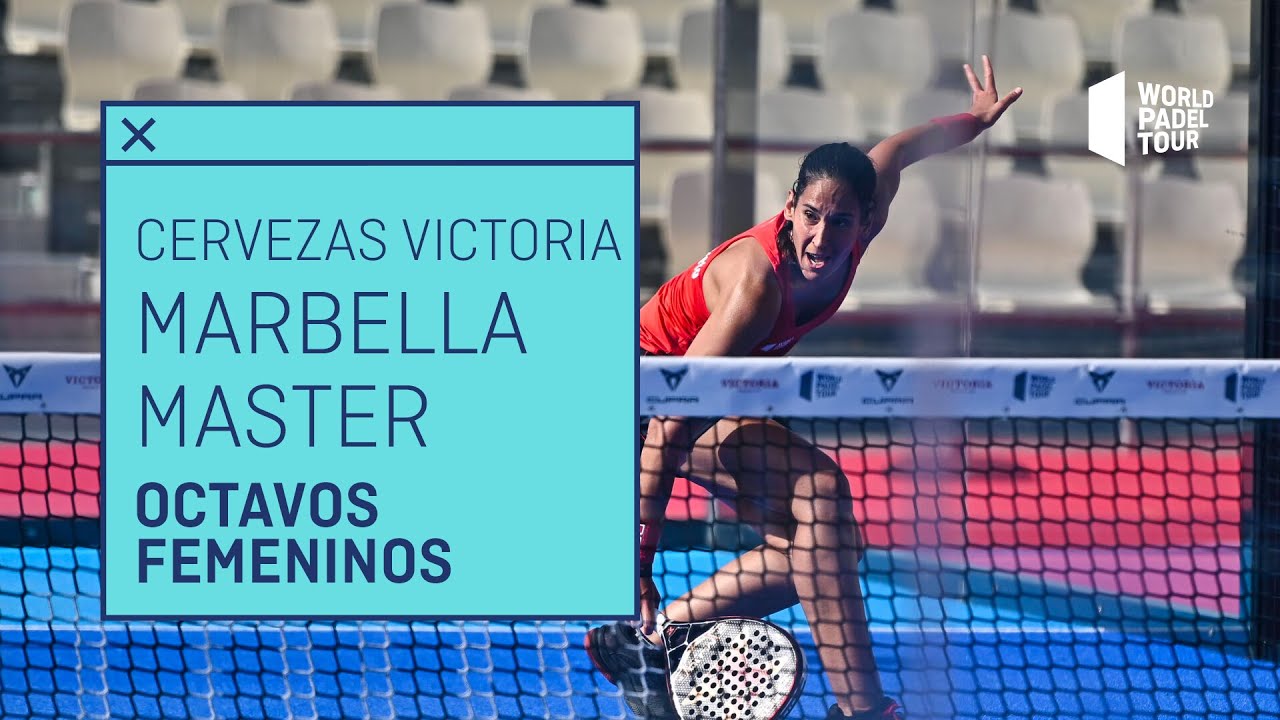